Dick, Liz Cheney Op-ed: "Rarely Has a U.S. President Been so Wrong About so Much" 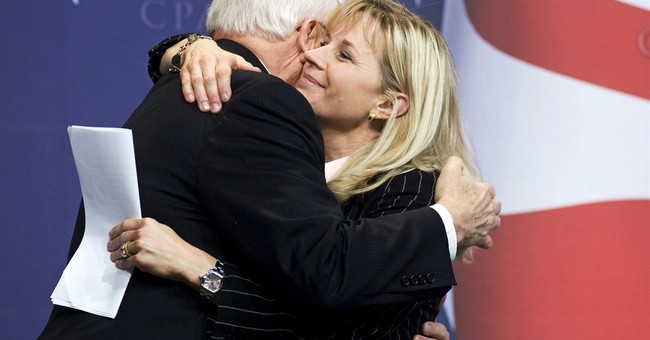 We’re only just beginning to see the damage wrought by the Obama doctrine in the Middle East and around the globe, former Vice President Dick Cheney and his daughter, Liz Cheney, argue in a jointly-written and a freshly-released Wall Street Journal op-ed. In the pages of that newspaper, the Cheneys contend that the president’s dangerous and repeated assertions that al Qaeda and its partners are “on the run” is utter fantasy, and indeed, has been proven demonstrably false by recent events.

Four cities in Iraq have fallen to radical extremists in an alarmingly short period of time, they argue, and as a consequence, the historic gains made in Iraq since the surge have largely been squandered. They attribute these developments to the current administration's reckless and pacifying foreign policy. They mince no words:

Rarely has a U.S. president been so wrong about so much at the expense of so many. Too many times to count, Mr. Obama has told us he is "ending" the wars in Iraq and Afghanistan—as though wishing made it so. His rhetoric has now come crashing into reality. Watching the black-clad ISIS jihadists take territory once secured by American blood is final proof, if any were needed, that America's enemies are not "decimated." They are emboldened and on the march. The fall of the Iraqi cities of Fallujah, Tikrit, Mosul and Tel Afar, and the establishment of terrorist safe havens across a large swath of the Arab world, present a strategic threat to the security of the United States. Mr. Obama's actions—before and after ISIS's recent advances in Iraq—have the effect of increasing that threat. On a trip to the Middle East this spring, we heard a constant refrain in capitals from the Persian Gulf to Israel, "Can you please explain what your president is doing?" "Why is he walking away?" "Why is he so blithely sacrificing the hard fought gains you secured in Iraq?" "Why is he abandoning your friends?" "Why is he doing deals with your enemies?"

The writers also suggest that the president should face reality, and come to terms with the rapidly deteriorating situation in the Middle East that he himself helped precipitate:

It is time the president and his allies faced some hard truths: America remains at war, and withdrawing troops from the field of battle while our enemies stay in the fight does not "end" wars. Weakness and retreat are provocative. U.S. withdrawal from the world is disastrous and puts our own security at risk. Al Qaeda and its affiliates are resurgent and they present a security threat not seen since the Cold War. Defeating them will require a strategy—not a fantasy. It will require sustained difficult military, intelligence and diplomatic efforts—not empty misleading rhetoric. It will require rebuilding America's military capacity—reversing the Obama policies that have weakened our armed forces and reduced our ability to influence events around the world. American freedom will not be secured by empty threats, meaningless red lines, leading from behind, appeasing our enemies, abandoning our allies, or apologizing for our great nation—all hallmarks to date of the Obama doctrine. Our security, and the security of our friends around the world, can only be guaranteed with a fundamental reversal of the policies of the past six years.

You can read the rest of Dick and Liz Cheney's blistering op-ed here.