Obama: Kathleen Sebelius has “Earned” the Right to Retire 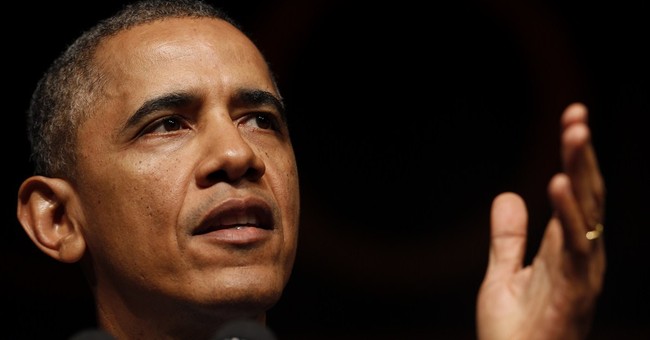 At a press conference today at the White House, President Obama officially announced that Health and Human Services Secretary Kathleen Sebelius is stepping down. He thanked her for her service and wished her a happy retirement.

“After five years of extraordinary service to our country -- and 7.5 million signups through the health care exchanges -- she’s earned that right [to retire],” he said.

He went on to list her accomplishments, some of which included fighting to improve children and women’s health, noting that she would also be remembered for helping to pass the Affordable Care Act.

“[W]hat Kathleen will go down in history for is serving as secretary of Health and Human Services when the United States of America finally declared that quality, affordable health care is not a privilege but a right for every single citizen,” he said

“She’s got bumps, I got bumps,” he continued. “But we did it [passed Obamacare] because we knew all the people we met all across the country who had lost a home, [or] had decided to stay with a job [rather] than start a business, [did so] because they were uncertain about their health care situation,” he said.

Furthermore, he noted that after a rocky roll-out, Sebelius was instrumental in getting Healthcare.gov off-the-ground and running:

“Her team at HHS turned the corner, got it fixed, got the job done, and the final score speaks for itself,” he said. “There are seven and half million people across the country who have the security of health insurance [and] we’re proud of her for that. That’s a historic accomplishment.”

“I hope that the Senate confirms Sylvia without delay,” he said.

Burwell currently serves as the Director of the White House Office of Management and Budget, and was unanimously confirmed by the U.S. Senate last year.