Single Tear: Retiring Dem Loses Bid to Give Members of Congress a Raise 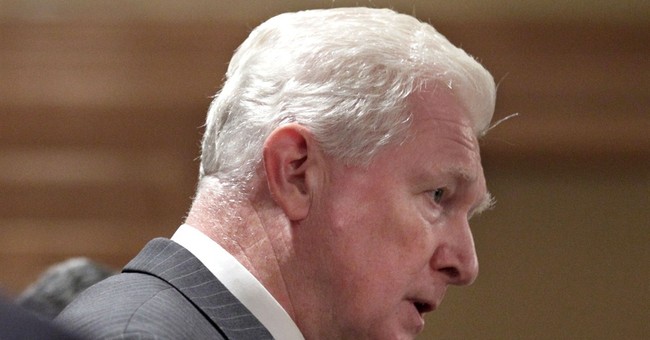 The odds, alas, were never really in his favor to get this measure passed. But he did give it a valiant effort, I suppose. So I’ll give him that:

A retiring congressman has lost his quixotic bid to give members of Congress $25 a day to help with their living expenses in Washington.

Democrat Jim Moran of Virginia offered the plan as a replacement for the cost of living increase that would be denied lawmakers under legislation heading to the House floor later this spring.

The House Appropriations Committee rejected Moran's measure by a voice vote as it debated the congressional budget.

Members of Congress earn $174,000 a year and are supposed to receive annual cost of living pay raises.

Lawmakers have voted for five consecutive years to deny themselves the raise.

Usually Democrats direct their attention to more, shall we say, populist endeavors. They decry and push back against income inequality, diminishing wages, and growing poverty rates. In other words, they present themselves as championing causes that affect lower and middle class people. So why, then, is Rep. Moran (D-VA) whining about an issue no one living outside-the-beltway cares anything about?

Two theories: One, Rep. Moran is retiring so he isn’t overly concerned about how silly this all looks. Offering up legislation that gives members of Congress what amounts to a pay increase, when in fact each member already earns $174,000 per annum, is absurd. Surely, with such generous salaries being paid for by American taxpayers, it's not impossible for lawmakers to find living arrangements within their budgets, right? Two, he genuinely believes that six-figure salaries are not commensurate with each member’s congressional responsibilities, in which case it’s probably a good thing he’s retiring.

In truth, you’d be hard pressed to find working Americans who say members of Congress are underpaid. It’s only the barnacles in Washington who seem to think they’re entitled to more of your money.