Dem Lawmaker: Members of Congress Aren't Paid Enough, or Something 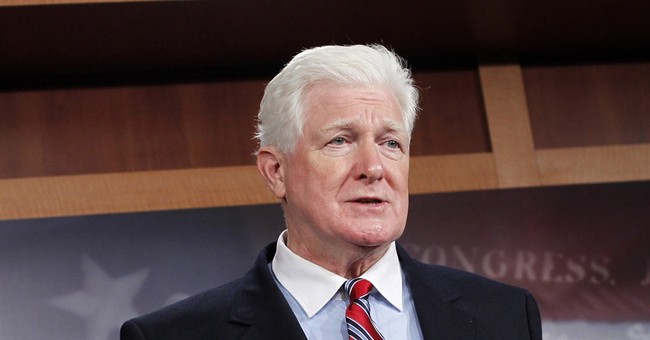 This strikes me as one of the most tone deaf things I’ve heard a politician say in a while. Forget the millions of Americans who’ve lost their health insurance, many of whom will have to forgo coverage altogether because their "new" and "better" plans are too expensive. Forget the poor. Forget the long-term unemployed. Forget the recent college graduates drowning in student loan debt. Rep. Jim Moran (D-VA) thinks members of Congress deserve a raise -- i.e., more taxpayer dollars so they can keep up appearances and "live decently in Washington."

Newsflash: members of Congress earn an annual salary of $174,000. Is that really not enough? Roll Call caught the quote:

Despite what constituents outside of Washington might think, members of Congress are underpaid, a House Legislative Branch appropriator suggested Thursday.

Virginia Democrat James P. Moran said he plans to highlight the injustice by introducing an amendment to the Legislative Branch bill during its full committee markup, and at floor consideration of the bill. Moran made the comments while the bill that funds member’s $174,000 salaries was being marked up in the Legislative Branch subcommittee.

“I think the American people should know that the members of Congress are underpaid,” Moran told CQ Roll Call. “I understand that it’s widely felt that they underperform, but the fact is that this is the board of directors for the largest economic entity in the world.”

On the contrary, I’m going to go out on a limb here and say that most Americans do not believe members of Congress deserve a raise. They already earn six-figure salaries.

And that’s a whole hell of a lot more than most Americans make.