Poll: Joblessness Returns as "No. 1 Problem" in America 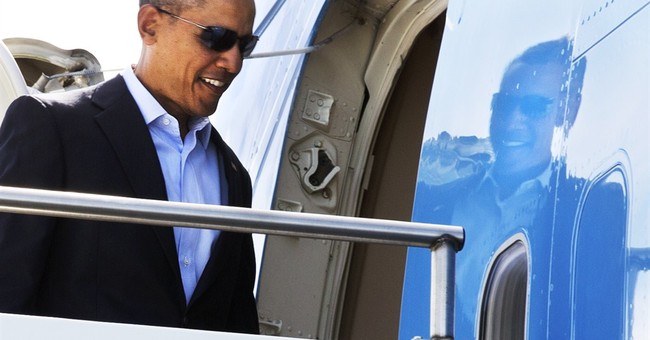 Since the partial shutdown last fall, Americans have invariably said that government/politicians are the single biggest problem facing the country, according to Gallup. But today, we’re seeing a small yet significant shift in voters’ priorities -- namely, respondents are more concerned about unemployment/jobs than any other political issue:

This poll dropped the same day President Obama celebrated the fifth anniversary of his stimulus package. And while the unemployment rate did tick down to 6.6 percent in January, the labor force participation rate the month before, for example, was the lowest in more than three decades (although this disquieting trend cannot be squarely laid on the president’s shoulders). Nevertheless, it’s not just Republicans who are overly concerned not enough jobs are being created; respondents from both political parties (and Independents) ostensibly agree:

Interestingly, as Ed Morrissey touched on tangentially, the administration is currently pushing comprehensive immigration reform; but only 3% of Democrats say “Immigration/Illegal aliens” is their top concern. Strange. Why, then, is the president pushing immigration reform when his own party has seemingly bigger and more pressing problems to tackle? Meanwhile, Democrats don’t seem overly anxious about solving income inequality, either. At most, just 0.5% and 5% of Democrats, respectively, say their top concern is “lack of money” and “Poverty/Hunger/Homelessness.”

The obvious takeaway, then, is that Americans from both political parties want leaders in Washington to focus primarily on jobs and the economy. That is, perhaps, until the nation experiences another partial government shutdown.