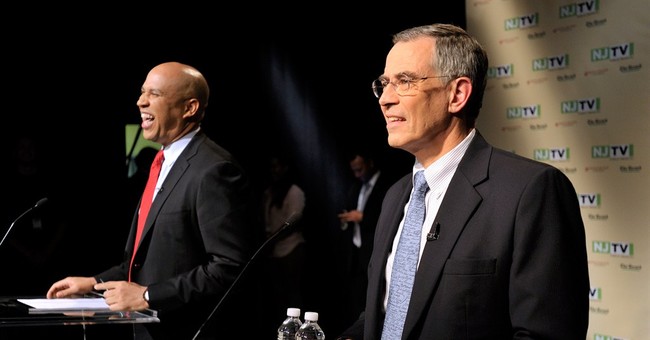 First up: eight-term Congressman Rush Holt (D-NJ) has decided not to run for re-election, Politico has confirmed:

New Jersey Rep. Rush Holt, an eight-term Democrat, will not seek reelection in 2014, he announced Tuesday.

“There is no hidden motive for my decision,” Holt, 65, said in a statement. “As friends who have worked with me know, I have never thought that the primary purpose of my work was re-election and I have never intended to make service in the House my entire career. For a variety of reasons, personal and professional, all of them positive and optimistic, the end of this year seems to me to be the right time to step aside and ask the voters to select the next representative.”

Holt, a member of the House Education and the Workforce Committee, is a nuclear physicist and a former Swarthmore College professor. He’s also a former Jeopardy! champion.

And on the West Coast, of course, Gloria Negrete McLeod (D-CA) has decided not to run, either. Instead, she will seek a different political office:

Rep. Gloria Negrete McLeod (D-Calif.) announced Tuesday she would not seek reelection to Congress, instead launching a campaign for San Bernadino County supervisor.

"This was a decision not made lightly," McLeod said in a statement. "However my desire to represent this community locally, where I have lived for more than forty years, and where I have long served as an elected official, won out."

Presumably both seats will stay blue in November. In 2012, for example, President Obama carried the former congressional district by some 34 points, while capturing 67 percent of all total votes cast in the latter. Hence, I highly doubt Republicans will be able to flip both seats red. They are obviously Democratic strongholds.

But that might not matter all that much to House Republicans. Why? Because prominent House Democrats are already hinting publicly that recapturing the House of Representatives is, well, exceedingly unlikely. Barring some catastrophic development, then, Republicans will almost certainly control at least one chamber of Congress next year. We'll see.