Rubio: The "Right" Education is Now a "Necessity for Nearly Everyone" 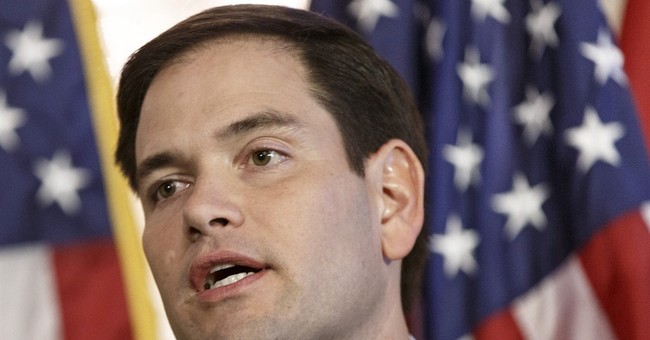 The U.S. higher education system must be reformed to better prepare students for jobs in a 21st century market economy. Unfortunately, the price of admission to many of the country’s traditional, four-year universities is too high; today U.S. students are collectively more than $1 trillion in debt. So the question is: how can we make higher education more affordable and more available to students today -- and future generations tomorrow -- eager to pursue a post-secondary education?

On Monday, in a speech entitled “Making Higher Education Affordable Again” at Miami Dade College, Sen. Marco Rubio (R-FL) addressed some of these issues. He argued that because it’s harder and harder to make it -- and live in -- the American middle class, “the right education is no longer just an option; it has become a necessity for nearly everyone.”

“One of the central problems of our outdated higher education system is that it has become increasingly unaffordable for those who stand to benefit the most,” he said, according to prepared remarks. “Tuition rates have skyrocketed at a rate far exceeding the rise in inflation. Even when the Great Recession took hold 5 years ago and Americans had less to spend, the rise in tuition only continued to accelerate. Between 2006 and 2012, the cost of college increased by 16.5%.”

This is unacceptable and unsustainable. The goal, then, is making college more affordable for everyone by bringing down college costs while at the same time expanding opportunity. But before that can ever happen, Rubio argued, students must be given the relevant information they need to make wiser and better informed decisions about where they pursue their studies.

“Students and their families need to be equipped with the information necessary to make well-informed decisions about which majors at which institutions are likely to yield the best return on investment,” he said. “This is why I, along with Sen. Ron Wyden, proposed the “Student Right to Know Before You Go Act,” which aims to give students reliable data on how much they can expect to make versus how much they can expect to owe.”

This is a good start. But even if students are given the data they need to make smarter decisions about their education options, how do we begin addressing students’ rising costs concerns? As it happens, Rubio argued giving prospective employers and companies the option to subsidize students’ tuition rates would be one possible way. He called these quid pro quo agreements “Student Investment Plans.”

“Let’s say you are a student who needs $10,000 to pay for your last year of school,” he explained. “Instead of taking this money out in the form of a loan, you could apply for a “Student Investment Plan” from an approved and certified private investment group. In short, these investors would pay your $10,000 tuition in return for a percentage of your income for a set period of time after graduation -- let’s say, for example, 4% a year for 10 years.”

“Unlike with loans,” he added, “you would be under no legal obligation to pay that entire $10,000. Your only obligation would be to pay that 4% of your income per year for 10 years, regardless of whether that ends up amounting to more or less than $10,000.”

Another way to make college more affordable and accessible, he argued, is pursuing accreditation reform. Currently, many innovative online programs could offer students a different and more flexible path to a four-year degree. However, since traditional schools often control the accreditation process, it’s harder for online schools to compete.

“Free online learning is already a reality, we just need the established system to catch up,” he said. “Here’s how it could work. After completing a free online course, a student could pay a relatively small fee to take a standardized test that, if passed, would allow them to count the class toward a degree or job certification.”

“To make this a reality,” he continued, “Congress could establish a new independent accrediting board to ensure the quality of these free courses and make the credits transferable into the traditional system.”

But even online courses can be expensive, too. And not everyone wants and/or needs a four-year degree to find gainful employment in their preferred fields. This is why Rubio proposed creating more apprenticeship programs for those who don’t want to spend their time or money acquiring degrees they won’t necessarily use.

“We should make career and vocational education more widespread and more accessible. For instance, here in Miami, the local school district has partnered with a car dealership to create an innovative approach to career education. The students in this program attend traditional high school classes each morning, then go to auto dealerships where they are trained to be certified technicians. When they finish high school, they graduate not just with a high school diploma but with a job-ready industry certification from an automobile manufacturer.”

“Another example of this is apprenticeship programs, which provide valuable on-the-job training for employees,” he said. “So instead of having to pay for schooling, an employee can often get paid to learn and work toward a degree while on the job. We need policies that encourage industries to expand apprenticeship programs and work more closely with their local work-force training boards to make these viable options for gaining certification or degree credit.”

These are only some of the reforms Sen. Rubio proposed at Miami Dade College today. You can watch the entire speech here to learn more.