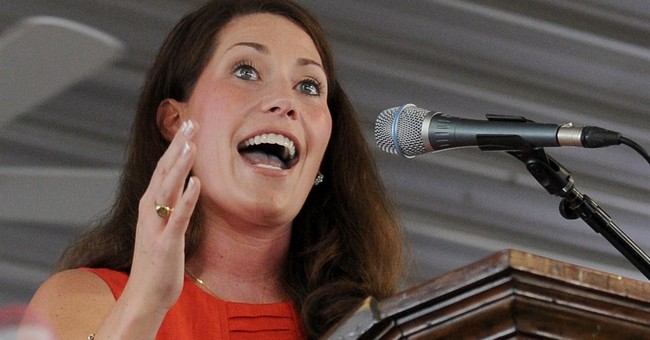 The Bluegrass Poll is a mixed bag for Sen. Mitch McConnell (R-KY). On the one hand, he leads his GOP primary challenger by 26 percentage points. On the other, he’s trailing his Democratic opponent for the first time ever, according to RCP:

Startlingly, in Kentucky, President Obama’s job-approval rating is higher than Sen. McConnell’s. How is this even possible?

Moreover, McConnell’s job-approval rating in Kentucky is worse than President Barack Obama’s, despite the fact that the president is wildly unpopular here, losing the state overwhelmingly in 2008 and 2012. Sixty percent of Kentuckians said they disapprove of the jobs Obama and McConnell are doing, but they gave Obama a slightly higher approval rating — 34 percent to 32 percent for McConnell.

The pollsters note that because Grimes is relatively unknown (47 percent of respondents say they either have a “neutral” opinion of her or no opinion at all), she’s capable of making real inroads with voters. By contrast, McConnell has been around Washington politics for a very long time, and is inextricably bound to a legislative body almost universally despised by the general public:

"So half of Kentucky has no opinion of Grimes whatsoever," Leve explained.

Nevertheless, McConnell isn’t down for the count yet. He’s got Rand Paul’s endorsement in his back pocket; plus, Obamacare remains spectacularly unpopular:

Nearly half of all respondents want to repeal Obamacare. Amazing. This is why Team McConnell will continue tying Grimes & Co. to this unpopular and unworkable law.