Biden: "I Can't" Think of a Reason Why I Shouldn't Run For POTUS 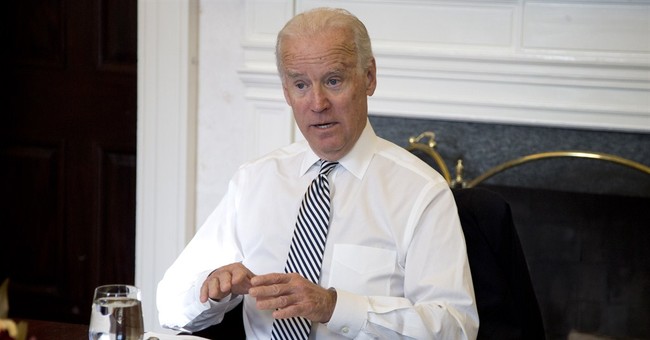 Biden’s already run for president twice and lost twice. But it appears he’s not giving up yet. Gulp:

So we’ll know in a year and a half or so whether or not he’ll take the plunge. But if he “can’t” come up with a single reason today why he should pass up this "golden opportunity," what’s going to change his mind in, say, 18 months? Barring some catastrophic illness or family-related problem, in other words, it seems he's going to run. So get excited, Democrats.

But that doesn’t necessarily mean he’ll win, of course. In fact he almost certainly won’t. His gaffes alone should sink him, and there'll only be more to come if he runs. On the other hand, he’s a pretty good debater and, as Ed Morrissey notes, knows how to connect with older, working class folks who are an important constituency in the Democratic Party. But even if Hillary doesn’t run -- and Democrats better hope she does -- his time in the national spotlight is coming to a close. He’s already said he could “die a happy man” never having served as president. So in the end he’ll probably just be remembered as an affable – if at times unintentionally foolish -- two-term vice president.

And in the scheme of things, that ain’t half bad.