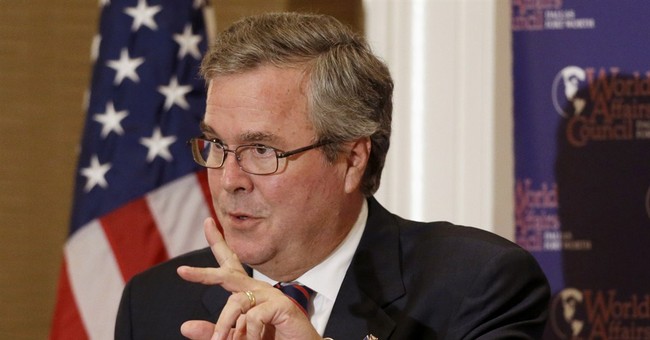 It’s hard to run for -- let alone win -- the American presidency if your own mother’s not on board, right? Interestingly, that’s the situation a former Republican governor from Florida finds himself in (via Politico):

In an interview airing Monday on C-SPAN as part of the channel’s First Ladies series, the Bush matriarch says she isn’t too keen on Jeb making a presidential bid, citing her belief the country should look beyond just “Kennedys, Clintons, Bushes.”

“If we can’t find more than two or three families to run for higher office, that’s silly. Because there are great governors and great eligible people to run,” Bush said in the interview. “There are a lot of ways to serve, and being president is not the only one, and I would hope that someone else would run.”

The former first lady, while giving her son Jeb Bush a strong vote of confidence, said, “[T]here’s no question in my mind that Jeb is the best-qualified person to run for president, but I hope he won’t … There are other families. I refuse to accept that this great country isn’t raising other wonderful people.”

Maybe that’s a polite way of saying, ‘I have all the confidence in the world in you, my son, but don’t you dare subject our family to another grueling presidential primary when there are so many other great Republican candidates out there.’ Realistically, too, what are the chances of him winning anyway? Are GOP primary voters really going to go for another Bush eight years after W left office? Then again, Hillary’s going to run, so why not Jeb?

After all, what would a presidential primary season be like without a Clinton, a Bush, or a Kennedy in the mix? Two out of three would only add to the fun.