Senate Democrat: Oh, I Would Totally Vote For Obamacare Again 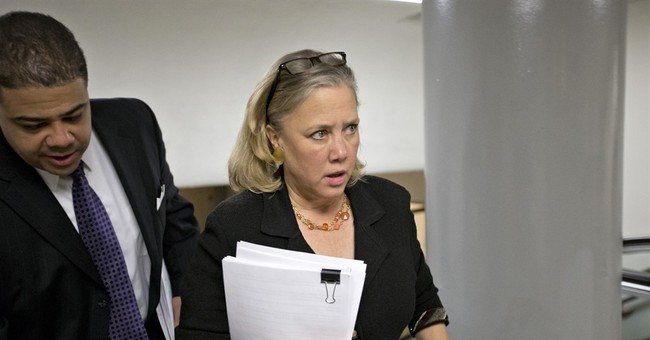 Senator Mary Landrieu’s (D-LA) approval ratings are imploding. So what's she doing to counteract this trend as she prepares to run for re-election?

She's telling her constituents she would vote for Obamacare…“again”:

Landrieu also responded to political attacks Wednesday on her support for Obamacare.

"The Affordable Care Act, as I said, the bill itself has got very good concepts and yes, I would support it again," Landrieu said. "But, that doesn't excuse the poor roll out of what should have happened. There should have not been a glitch in the software."

These comments are particularly interesting because Landrieu is on record telling her constituents if they liked their health care plans, well, they could keep them. Now, however, according to the Louisiana Commissioner of Insurance, nearly 100,000 individuals in her home state have lost their health insurance -- and those figures, of course, will continue to rise. Question: How many of the roughly one million Louisianans who voted for her in 2008 will not do so again because she lied to them? I don’t have a clue, but polls do show the race is tightening, and her unwavering support for Obamacare is almost certainly why.

For what it’s worth, fellow vulnerable Senator Mark Pryor (D-AK) is seemingly taking a slightly different approach to how he builds support for his re-election campaign. He’s admitting publicly that he doesn’t “have all the answers” while at the same time implying that his vote for Obamacare maybe -- just maybe -- was a mistake. Landrieu, by contrast, claims she “would support it again” if that were possible.

I’m going to go ahead and say Pryor’s strategy is probably the safer bet.