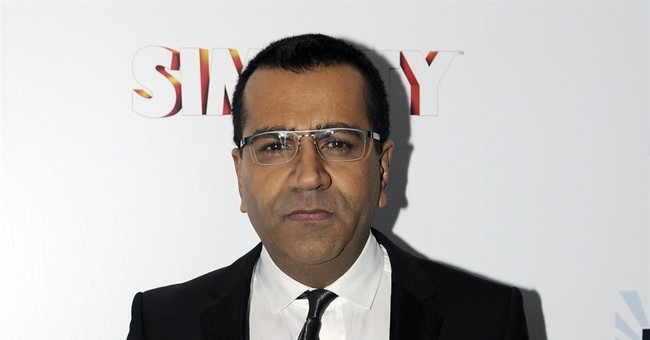 MSNBC host Martin Bashir’s comments about Sarah Palin were so gross they won’t be repeated in this space. But suffice it to say that the Associated Press is now openly wondering when, if ever, the big wigs at the network will do something to curb the endless backlash. After all, weeks after the incident -- Bashir’s seemingly sincere apology notwithstanding -- his comments are creating all sorts of problems. Surprise:

NEW YORK (AP) — Martin Bashir's apology for graphic comments about Sarah Palin on MSNBC hasn't ended questions about whether the remarks deserve punishment from his bosses, giving unwanted attention to a cable network dealing with sinking ratings along with loose-lipped hosts.

Palin, in a Fox interview on Sunday, said MSNBC was guilty of "executive hypocrisy" by not publicly disciplining Bashir for his "vile, evil comments." Four days after Bashir apologized, MSNBC said it was "handling this matter internally" and wouldn't comment further.

"It's a systemic problem," said Jeff Cohen, an Ithaca College journalism professor and liberal commentator who was a producer for Phil Donahue's prime-time MSNBC show a decade ago. "It's a problem at MSNBC. It's a problem in cable news. It's a certain coarseness where everything goes. I guess they can keep sanctioning and suspending people, but there's something wrong when name-calling is considered OK."

Bashir's comments about Palin came on the same day MSNBC suspended actor Alec Baldwin from his weekly show for two episodes for his part in an off-the-air episode. Baldwin used an anti-gay slur in a confrontation with a photographer on a New York City street.

So, Baldwin mouthed an anti-gay slur off-the-air and was suspended for two shows. By contrast, Bashir suggested someone should quite literally defecate in Sarah Palin’s mouth, and essentially nothing happened. Is there a rule somewhere that if you insult a (conservative) woman it’s completely permissible, or something? The whole segment was apparently scripted, too, so it’s not as if Bashir acted alone or was speaking extemporaneously. Someone approved Bashir’s hateful tirade, no? Who?

Doesn’t matter. Nothing consequential will happen to Bashir. He’ll escape with only a slap on the wrist, it seems:

"Martin Bashir has taken responsibility publicly for his offensive commentary and also personally apologized to the Palin family," the network statement said. "Bashir offered a heartfelt apology on MSNBC earlier this week where he admitted it was a personal failing to become part of the politics of vitriol and destruction. He has committed to elevating the discourse going forward."

Of course, progressive hosts aren’t the only who’ve engaged in the “politics of vitriol and destruction.” The pendulum swings in both directions. But these comments are so over-the-top they have to be heard to be believed. What was Bashir even thinking?