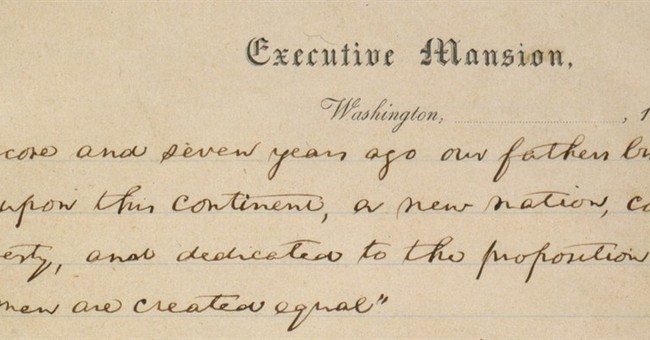 Amazingly, when National Journal’s Ron Fournier confronted a top White House deputy on Twitter about why his boss couldn’t make it, Dan Pfeiffer offered up perhaps the lamest excuse ever: the Obamacare website.

.@pfeiffer44 @jmartNYT @jfsolnet Serious question: What is on his schedule that is more important than Gettysburg anniversary?

@ron_fournier @jmartNYT @jfsolnet Oh, I don't know, there's this whole website thing that someone suggested might destroy the Dem Party

Psssht. President Obama attended hundreds of fundraisers and campaign events during his first four years in office. Hence the moniker “campaigner-in-chief.” Yet now he can’t find the time to make a brief appearance in Gettysburg because of a...malfunctioning website? Please.

The damn thing, of course, needs to be fixed -- and soon for Obamacare's sake -- but why can’t he get away for a few hours to shake some hands and deliver a few pointed remarks? Not in the job description, or something? Fixing the website isn't even his job. After all, he's not a "technology geek." He has "tech experts” for that.