Dem Congressman: Only By Passing Comprehensive Immigration Reform Can We Fix Obamacare 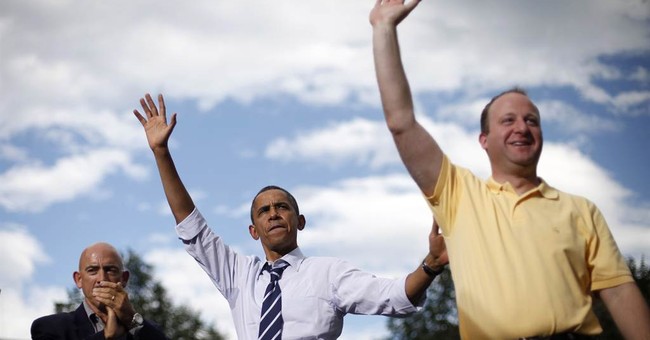 Let me get this straight. One respected political commentator is already hinting at the fact that Obamacare’s many failures (and we’re not even talking about the embarrassing rollout here, either) could very well bring about “the collapse of American liberalism.” And yet, somehow, a progressive Congressman from Colorado still believes this administration has the credibility, capacity, and competency to successfully enact comprehensive immigration reform?

Rep. Jared Polis said Friday the key problem with health care right now is that illegal immigrants aren’t included in Obamacare, and said part of the solution is to pass a bill granting them citizenship rights.

The House is debating a GOP-written bill that would allow Americans to keep their health plans that have been canceled under Obamacare, but Mr. Polis, a Colorado Democrat, said the chamber should instead be looking at ways to make sure everyone in the country is covered by the Affordable Care Act — including illegal immigrants.

Good luck getting that legislation passed, buddy. By the way, this whole time I thought the most pressing problem in America today was that individuals and families, all of whom were promised they could keep their insurance plans and their doctors, are finding out they can’t. Meanwhile, their “new” and “better” plans (as they were sold and peddled to them by duplicitous Democrats) are more expensive and unaffordable. Hey, Rep. Polis: Shouldn’t we be solving those problems first before experimenting with another big government overhaul?

That said, Guy is of course right: an administration that deceived, misled, equivocated, and ultimately lied to the American public over Obamacare cannot be trusted to reform our immigration system “comprehensively.” But this isn’t to say that immigration reform itself is a non-starter, nor should it be. On the contrary, there are a few conservative proposals out there that, in theory, would begin addressing some of these issues if they were adopted. But having O & Co. at the helm of such efforts would be a fool’s errand for obvious reasons, not to mention politically impossible.

House Speaker John Boehner has tabled the Senate-passed immigration reform bill until further notice. The earliest the House would take up immigration reform, he said, is next year. Ironically, the pro-amnesty progressives in Congress who desperately want to see their efforts come to fruition might not be around to make a difference. Why, you ask? Because they voted for Obamacare. Have you seen the polls lately?

Maybe when we’re finished picking up the pieces from that mess, immigration reform will see the light of day. Until then, Rep. Polis’ blanket amnesty efforts are going to have to wait.