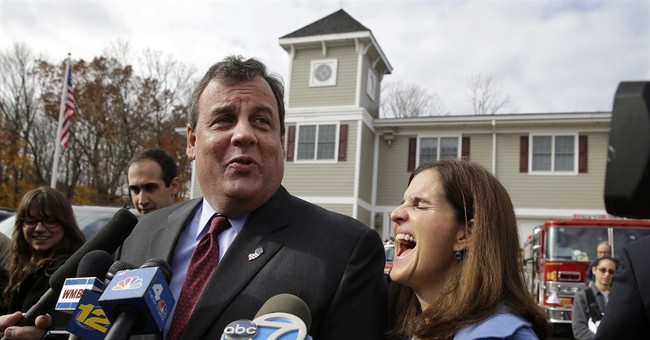 Chris Christie has had this election wrapped up for months, or so it seemed. But now it’s official. Within seconds after the clock struck 8:00 PM EST, CNN declared the Garden State governor the unofficial winner. The much-hoped-for second term is his:

Meanwhile, the results are still trickling in from Virginia. We’ll update you with the winner as soon as possible. Surprisingly, Cuccinelli is up big at the moment. But let’s not get ahead of ourselves. You can follow the live (unofficial) election results here.

UPDATE (9:09 PM): With roughly 80% of precincts reporting, Cuccinelli is *barely* still ahead. How long can he hold on?

UPDATE (9:26 PM): Ken Cuccinelli gave Terry McAuliffe a run for his money, but in the end, he couldn’t seal the deal. A Democrat will succeed Republican Bob McDonnell as the next governor of the Old Dominion. With 85 percent of precincts reporting, Fox News was the first network to call the race:

What do these elections portend for the nation? Is Chris Christie now the standard-bearer of the Republican Party? Is Virginia now a lean-Democratic battleground state? Stay tuned for Guy’s post-election analyses tomorrow morning.