Reid on Cruz’s Speech: “A Big Waste of Time” 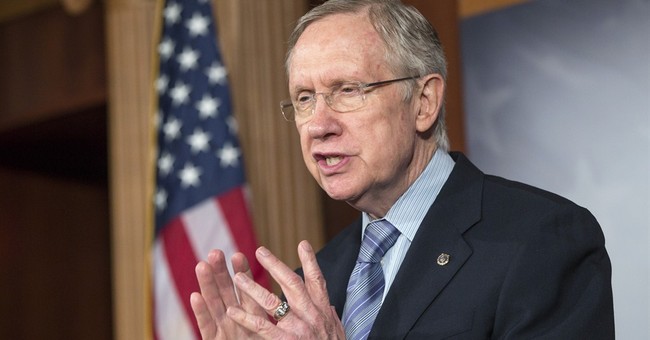 After Ted Cruz concluded his hours-long remarks, Senate Majority Leader Harry Reid took to the Senate floor and declared his efforts “a big waste of time.”

“It’s a shame we’ve been standing here [for] perhaps two days,” he said, “most of yesterday and part of today,” when the nation faces a government shutdown.

“That’s what we do around here now,” he continued. “We waste time.”

He also referred to the Tea Party generally as “the new anarchy,” and Tea Party Senators in particular as “anarchists.”

Upon concluding his remarks, he ceded the floor to Senate Minority Leader Mitch McConnell.