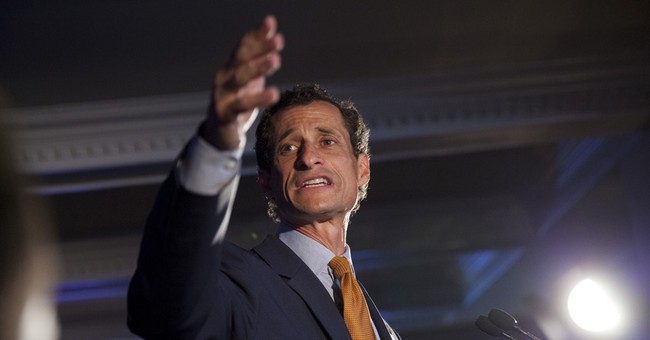 This is a few days old but worth watching now in all its glory if you haven’t already. Somehow, this clip never made it onto the Tipsheet.

“Chillax, buddy! Just dial it down for a second.”

Of course, Anthony Weiner lost the primary run-off by a landslide. But at least he stayed classy in the end. How, you ask? By flipping off a journalist on his way out the door. Thus ended, my friends, the greatest political campaign in history.