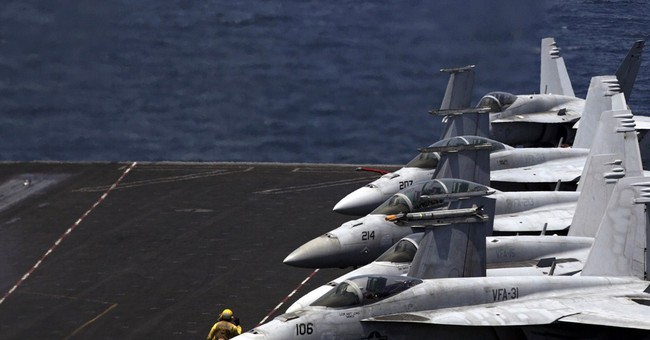 An effort in the House to pass an Authorization for the Use of Military Force (AUMF) failed by big margins yesterday. The bill, which was pushed by Democrats, would have forced President Obama to withdraw U.S. combat troops from Iraq and Syria within six months unless Congress decided to authorize war. It was defeated by a vote of 139-288.

The bill reflected a widespread frustration in Congress that the president's fight against ISIS is too undefined. Passage of the measure would have given Congress a strict deadline for authorizing war. Rep. Jim McGovern (D-MA), who led the push, commented:

“If you want them to stay, you have to vote on an AUMF,” McGovern said Tuesday in a press conference. “I think it’s time for Congress to fish or cut bait on the war in Iraq and Syria.”

While the bill clearly failed, a number of leaders voting "nay" were sympathetic to McGovern's effort. Yet some said that threatening to force a troop withdrawal was the wrong way to push the debate.

“This is like cutting off your nose to spite your face,” [Rep. Eliot] Engel said.

This effort was only the latest push for an AUMF. Congressional leaders tried to pass an AUMF when the war on ISIS originally began, but that failed as well. Many Republicans felt it did not get President Obama enough leeway to tweak his strategy throughout the course of the military campaign.

Rep. McGovern said that refusing to vote on authorization for military force is "moral cowardice."

“We’ve been at war for 10 months and the number of troops that we’re deploying is escalating, the amount of money we are spending is escalating,” McGovern said. “If that doesn’t deserve a debate, then I don’t know what the hell does.”