Rep. Tenney Reflects on How Speaker Pelosi Treated Her Son During Swearing-in Ceremony 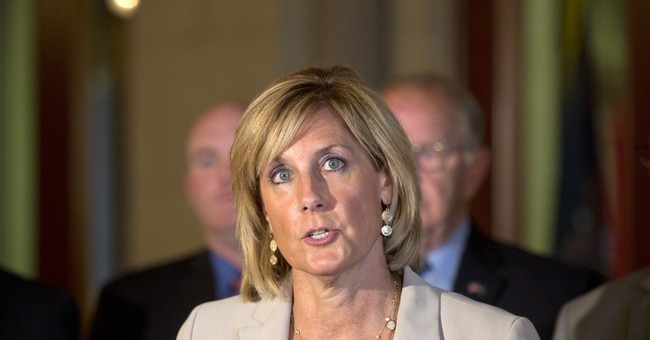 Former Speaker of the House Newt Gingrich shared a somewhat delayed, yet empathetic message for Rep. Claudia Tenney (R-NY) on Tuesday after Speaker Pelosi reportedly denied her son access to her swearing-in ceremony in February. That's despite the fact that her son is a graduate of the Naval Academy and an active duty Marine.

It’s hard to believe that Speaker Pelosi blocked Congresswoman Tenney from having her son, an Annapolis graduate currently on active duty in the military, sit up in the gallery while his mother was being sworn in. What a mean, petty, nasty thing for the Speaker to do.

Rep. Tenney thanked Gingrich for his words, adding how disappointed she was that Pelosi, a fellow mom, treated her son so disrespectfully.

Thank you! After raising him as a single parent, his achievements and willingness to serve and protect our nation in uniform mean so much to me and my entire family. You would think that a Mom like Speaker Pelosi would be empathetic. https://t.co/li3bcvC6IR

Pelosi spokesman Drew Hammill told Fox News at the time that it was because of COVID restrictions put in place by the Sergeant at Arms that Tenney's son had to wait outside and that the decision had "nothing to do with politics." Social media users tried to argue the same point. But Tenney said that's just plain untrue.

"Absolutely not true," she replied. "Covid-19 restrictions were never mentioned as a reason for denying my son access. 'Security reasons' were cited."

Other Republican lawmakers are outraged at the speaker's current attempt to unseat Iowa Rep. Marianette Miller-Meeks after Democrat Rita Hart demanded a challenge to the vote. Miller-Meeks is the rightful winner after two recounts and a bipartisan canvassing board's vote to certify the results.