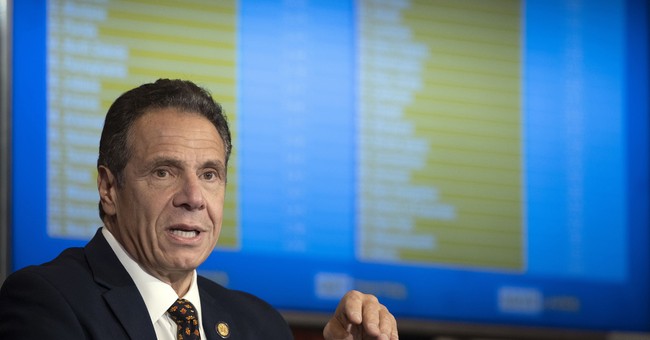 It's pretty rich that Gov. Andrew Cuomo questioned the integrity of Assemblyman Ron T. Kim. As we've documented, the governor and his staff have been bullying people for years. But when Kim dared to question Cuomo's leadership and tried to find answers into the state's nursing home tragedy, the governor reportedly threatened to end his career. Kim's uncle, a veteran, died in a nursing home from presumed COVID-19. At least 15,000 people died from COVID-related causes in care homes the past year, we only recently learned because of the Cuomo administration's stonewalling.

Alessandra Biaggi is another New York lawmaker who has been on the receiving end of Cuomo's less-than-respectful behavior. As The New York Times reported in 2019, one of Cuomo's aides, Rich Azzopardi, called Biaggi and two of her female colleagues "f**king idiots" after they questioned one of the governor's fundraisers. Azzopardi arrogantly told a reporter that his off-color comment was "on the record." The same aide recently called Assemblyman Kim an "unscrupulous politician" who's out to "deceive" New Yorkers.

Biaggi just happens to be the chair of the New York State Senate's Ethics and Internal Governance Committee. In a recent statement, she informs the governor that she stands in support of Assemblyman Kim.

#BREAKING: Today I issued a statement in support of my colleague Assemblymember Ron Kim. pic.twitter.com/v0osLOIVWP

"Governor Cuomo's statements today about Assemblymember Kim are part of a disturbing pattern of behavior from the Governor," Biaggi says. "Instead of accepting responsibility for mistakes, the Governor has chosen to deflect blame and evade accountability time and time again."

Biaggi adds that Gov. Cuomo is choosing to attack Kim at the same time that New York is experiencing a rise in anti-Asian racism and violence, noting that the state has experienced over 250 incidents as of December. Across the country, more than 2,500 incidents have been reported, but Biaggi suggests that number may be an undercount.

She hopes that Kim continues to stand up to Cuomo's "strong-arming."

.@NYGovCuomo didn’t apologize when his top aide called us “fucking idiots” bc Cuomo encourages this behavior. Most of our colleagues & leaders in government never said a word to condemn @RichAzzopardi.