'Dead on Arrival': It Looks Like the GOP Has Enough Votes to Acquit Trump 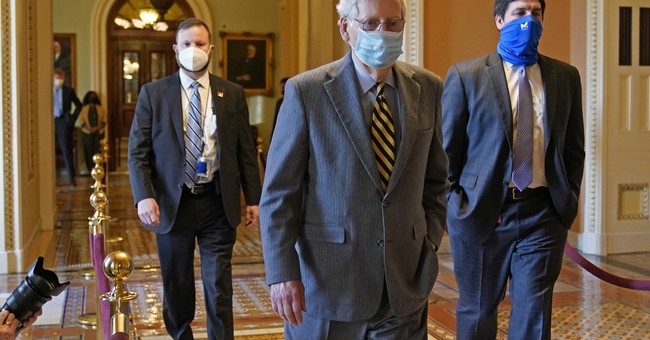 Sen. Rand Paul (R-KY) got 45 Republicans to side with him and vote on Tuesday that the second impeachment trial against former President Trump is unconstitutional. The motion was voted down 55-45, meaning the trial will proceed. But, as Sen. Paul notes, 45 senators will be more than enough to acquit Trump, meaning that this trial is "dead on arrival."

Notably, Sen. Mitch McConnell, who publicly criticized Trump for "provoking" the mob that went to the Capitol, voted in favor of Sen. Paul's point of order.

This is over before it even starts.

Senate votes on @RandPaul motion to dismiss impeachment charge with 45 senators supporting dismissal, only 5 GOP Senators voting a trial is even legal. Hard to see how they come up with 17 Republicans to convict

Sen. Paul blasted the Democrat-led impeachment against Trump as an "unconstitutional" and "brazen" affair.

The House voted to impeach Trump on an article accusing him of "inciting an insurrection," leading to the deadly Capitol riots on January 6. The House delivered the article of impeachment to the Senate on Monday night and the senators were sworn in on Tuesday. Supreme Court Chief Justice John Roberts will not be presiding over this trial as he did the last go around. This time, Senate Pro Tempore Patrick Leahy will oversee the trial.