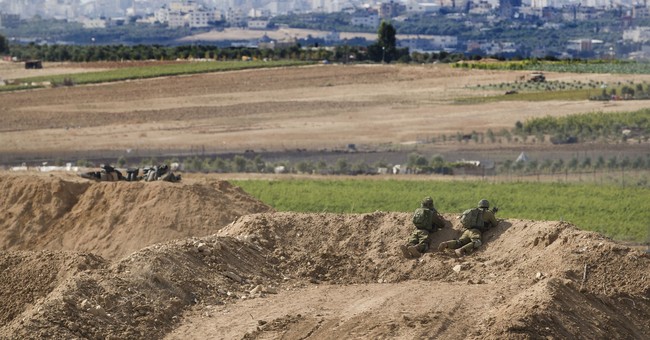 UPDATE: The Biden administration appears to have changed the account back to its original title.

They switched it back pic.twitter.com/lhn8CsLHAC

The Biden administration was barely an hour old when it started making some noticeable changes in Washington. The U.S. ambassador to Israel account now reads "U.S. Ambassador to Israel, the West Bank, and Gaza." And foreign policy analysts have some questions.

The Washington Free Beacon suggests that the change means the White House is backing away from its predecessor's pro-Israel agenda. The edit, Adam Kredo writes, marks "a significant shift in policy toward Israel" because it suggests that neither the West Bank or Gaza are Israeli territories.

The change in title marks a significant shift in policy toward Israel. The United States has for decades declined to take a policy position on the West Bank and Gaza territories, maintaining the Israelis and the Palestinians must decide in negotiations how the areas will be split up for a future Palestinian state. By including Gaza and the West Bank in the ambassador's portfolio, the Biden administration appears to be determining that neither area is part of Israel—a move that is certain to rile Israeli leaders. The incoming administration's move also signals that it will elevate the next ambassador's role to include conducting direct diplomacy with Palestinian leaders, including in the Gaza Strip, where the Hamas terror group maintains control. This is the only ambassador tasked with conducting diplomacy in a region controlled by a U.S.-designated terror group. (Free Beacon)

President Trump had a warm relationship with Israeli Prime Minister Benjamin Netanyahu, whom he had known long before coming president, and made good on a few of his pro-Israel campaign trail promises. Namely, he moved the U.S. embassy from Tel Aviv to Jerusalem, and he formally recognized the Golan Heights as Israeli territory.

Trump also pulled the U.S. out of the Iranian nuclear deal, which Netanyahu has long warned will only embolden Iran to be more aggressive. At the very least, Biden's nominee for secretary of state, Tony Blinken, has agreed to meet with Israel before making any decision to reenter the agreement.