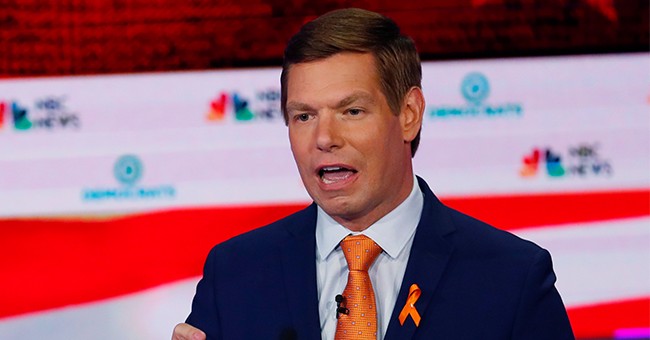 Rep. Eric Swalwell (D-CA) has joined the unnerving number of Democrats comparing last week's Capitol Hill attack to the September 11 terror attacks. He took the analogy a step further, however, during his interview with PBS anchor Judy Woodruff.

"Osama bin Laden did not enter U.S. soil on September 11, but was widely acknowledged that he was responsible for inspiring the attack on our country," Swalwell said after the first hour of the debate on the latest impeachment effort against President Trump on Wednesday. "And our president, with his words, using the words, 'fight,' with the speakers he assembled that day who called for trial by combat, and said we have to take names and kick ass, that is hate speech that inspired a radicalized people to storm the Capitol."

"Are you comparing Donald Trump to Osama bin Laden?" Woodruff asked after collecting herself.

Swalwell didn't give a yes or no answer.

"I'm comparing the words of a individual who would incite and radicalize somebody as Osama bin Laden did, to what President Trump did," he replied. "You don't actually have to commit the violence yourself. But if you call others to violence, that itself is a crime."

"They had the hats on of the army of MAGA, which I refer to as 'make American grieve again.'" pic.twitter.com/eM6KJ0q0Tn