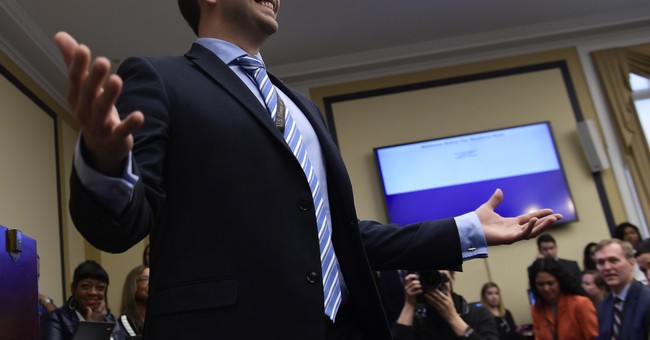 The electoral college certification for the 2020 presidential election is nearing its deadline. But by all accounts it appears as though the Trump campaign still has some fight in them. The president is determined to expose what they say is a sweeping amount of voter fraud, if his recent tweets have anything to say about it.

"THE DEMOCRATS DUMPED HUNDREDS OF THOUSANDS OF BALLOTS IN THE SWING STATES LATE IN THE EVENING. IT WAS A RIGGED ELECTION!!!"

Rep. Lance Gooden (R-TX) approves of the message and in a letter to his Texas colleagues Sens. John Cornyn and Ted Cruz, he instructed them to reject the electoral college certification vote on January 6.

As you know, the United States Constitution provides Congress with the unique and important responsibility to certify or reject electors after each Presidential election. This is a duty I take very seriously, and I know you do as well.

In light of the numerous reports of fraud and lingering questions hovering over the validity of the election results across the country, I cannot in good conscience vote to certify these results. There must be a full audit of every ballot in states like Georgia, Arizona, Michigan, and Pennsylvania where there are widespread reports of fraud and data abnormalities. Until such time, I feel we would be doing a disservice to our nation to turn a blind eye and allow this to continue.

We must stand up for the tens of millions of Americans who want answers to the irregularities surrounding this election. It is our duty to ensure the integrity of our election is unwavering, and the American people deserve to feel confident their vote counts.

I intend to object to the certification of the Electoral College vote submissions on January 6th, 2021, and I respectfully ask you to stand with me.

Gooden added on Twitter that there's no way he can accept the results of this "rigged" election. He mused that the election was rigged thanks in part to foreign countries, Big Tech, fake news and the Democrats.

There is NO WAY that I will accept the results of a RIGGED election.

I have also asked my House colleagues in Texas, as well as Senators @tedcruz & @JohnCornyn to join me in OBJECTING on January 6th.

RESTORE FAITH in our elections!

Sen. Cruz is right behind him. Not only has the senator cheered the Trump campaign's lawsuits to challenge the election results in several swing states, but he also agreed to help present their case if need be. Cruz is a former federal prosecutor and served as the Solicitor General of Texas.