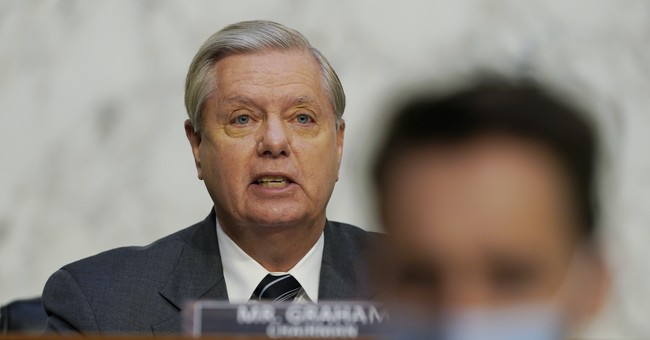 Sen. Lindsey Graham (R-SC) wants to see some action taken into the Hunter Biden scandal. Last year we learned that Hunter, the son of former vice president Joe Biden, raked in hundreds of thousands of dollars for sitting on the board of a corrupt Ukrainian gas company, Burisma Holdings.

He doesn't mean just in terms of Hunter's reported tax evasion, which is currently being investigated, but his foreign business dealings.

Graham shared a few answers he's hoping a special counsel will seek. Because, as he explained, this scandal will follow the Biden administration.

"How far integrated into the Ukrainian economy did Hunter Biden get when he was on the board of Burisma?" Graham wondered. "Somebody needs to look at his time on the board of Burisma. Somebody needs to look at his business dealings regarding China, to see if any crimes were committed. But mainly to see what kind of conflicts, if any, the Biden administration may have."

This isn't the first time Sen. Graham has suggested an aggressive investigation into Hunter Biden. During last year's impeachment hearing of President Trump, the senator said that he's friends with Joe Biden, but he couldn't stay silent while witnessing such a double standard.

“I love Joe Biden...but if this had been Trump, there’d be a lot of questions asked.” #ImpeachmentTrial #impeachment pic.twitter.com/CatDjuxy2z

President-elect Biden refuses to answer any questions about his son's scandal. When the press tries to press him on it, he dismissively says he's "proud" of his son.