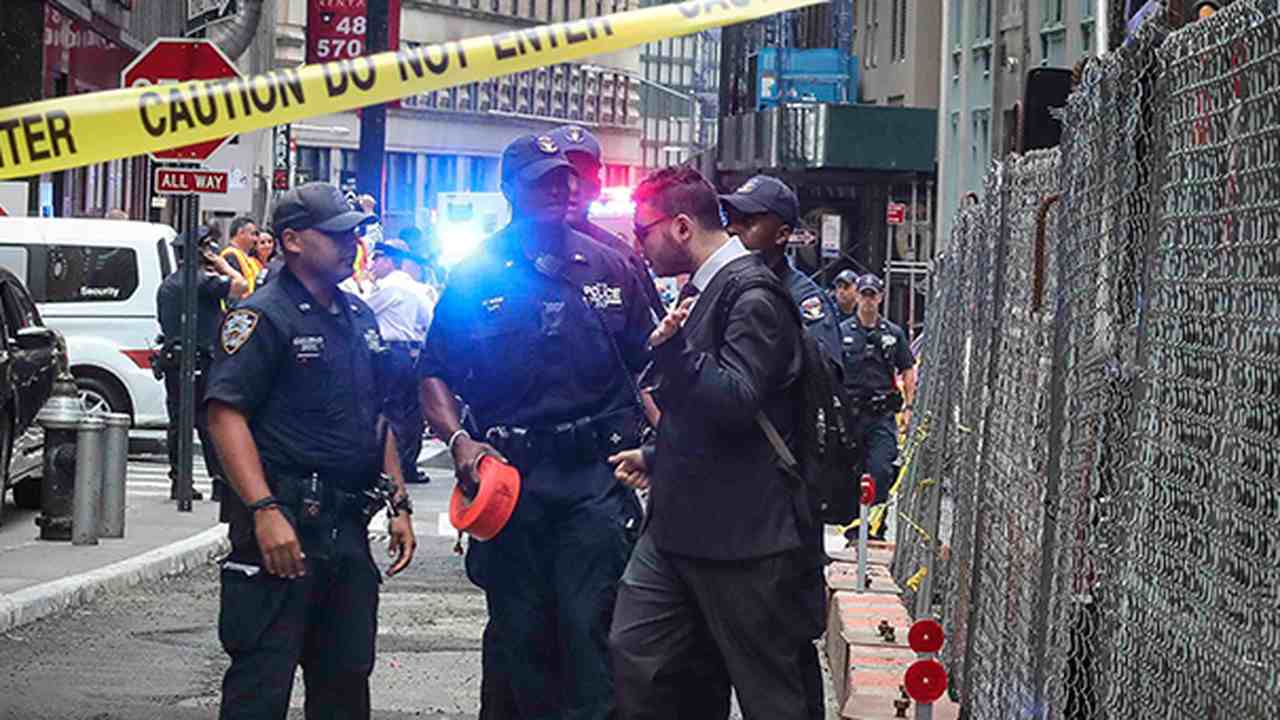 Last Friday morning, it was reported that Christopher Hampton, a police officer in Dearborn, Michigan, shot himself in the head. He was found by the freeway. Hampton had been involved in an officer-involved shooting last year, for which he was acquitted. But he was since wrapped up in a civil lawsuit that proved to be too stressful for him.

Police officers die twice as often by their own hand than by assault, National Police Association spokesperson Sgt. Betsy Brantner Smith (ret.) explained in a phone call with Townhall. Smith is a 29-year police veteran and a current law enforcement trainer.

In this post-Ferguson, Missouri, world, there rests a new tension between police officers and the communities they serve. But that tension is not driven by the community, she said. It's driven by politics.

"When you look at Gallup, Rasmussen polls, overwhelmingly normal citizens say, 'No, we don't want to defund the police, no, we appreciate the police," she noted.

The Defund the Police movement, in particular, she said, has been an "abject failure," and it's been "more detrimental to our citizens" than anyone. She used Minneapolis as the perfect example. As the first jurisdiction to make good on its promise to defund the police, its crime stats, she said, prove that it was a "horrible failure."

Proponents of Defund the Police argue that they want to distribute money toward community safety, mental wellness and prosperity. But Smith argued that "no one can tell you what that means," and it's an "infantilized way" of addressing crime.

Smith said if it were up to her, she'd steer the effort back to criminality. Lady Justice is supposed to be completely unbiased. But right now, the trend across the country is to look at the offender and consider whether they have privilege. That kind of system will not work.

"I would go back to a blind justice system," she reasoned. "Looking at people as individuals."

Still, the catchphrases continue. Joe Biden has said he wants to introduce a "police reimagining" program.

"That's a lovely phrase," she added, but it means nothing.

I wondered if officers are afraid to do their jobs.

"Of course," she immediately responded. But "nervous," she said, may not be the right word. She suggested they're more "vigilant." That's because criminals are more empowered to attack law enforcement, knowing that the punishment is likely to not be there. Additionally, cops are increasingly hesitant to use force because they worry they are going to get indicted. Again, she notes, that's a shift that hurts the community.

Now even President Obama is saying enough with the catchphrases. But that doesn't mean he doesn't want to defund the police, Smith noted. She argues that he's just "trying to tell his party to be more subtle about that like his administration was." Smith recalled that Obama started a 21st-century policing initiative that relied on "unscientific listening sessions" that were little more than attacks on law enforcement and our justice system.

"Cops are people," she said. "We're moms and dads and grandmas and grandpas. We also want to pay our mortgages."

Now that the profession is under assault, they're going to end up with less qualified people because they're not going to be able to recruit.

It's going to be a "crisis," she predicted.

Share this on Facebook
Tweet
Elise Stefanik Not Backing Down After Smear from Democrats, Mainstream Media Blame Her for Buffalo Shooting
Rebecca Downs
Texas Court Ruling Allows Investigations into Parents of Transgender Minors to Continue
Madeline Leesman
White House Can't Give a Timeline for When Baby Formula Crisis Will End
Katie Pavlich
How Joe Biden Came Up With 'Ultra MAGA' Is Hilarious and Sort of Tragic
Matt Vespa