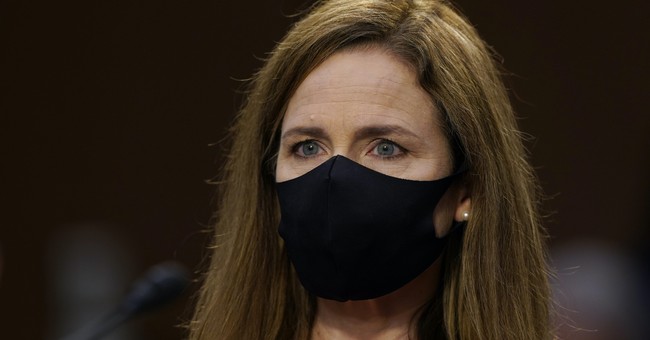 The Supreme Court dealt New York Gov. Andrew Cuomo a blow on Wednesday. In a vote of 5-4, they informed him that his restrictions on church gatherings were unconstitutional.

Justice Neil Gorsuch couldn't have been clearer in the court's opinion.

“It is time — past time — to make plain that, while the pandemic poses many grave challenges, there is no world in which the Constitution tolerates color-coded executive edicts that reopen liquor stores and bike shops but shutter churches, synagogues, and mosques,” he wrote.

But asked to respond to the ruling, Gov. Cuomo was defiant as ever, claiming that their decision means nothing and that the court was just trying to make some sort of statement.

“The decision isn’t final," Cuomo said on a press call on Thursday. "Second, it didn’t effect our mass gathering rules. So it didn’t mention those. It didn’t mention the overall limits. But the basic point is why did the four rule on an issue that is moot?”

"It's a different court and they wanted to make a statement," he concluded.

“It’s irrelevant from any practical impact, because the zone that they were talking about has already been moot—it expired last week,” he said. “So I think this was really just an opportunity for the court to express its philosophy and politics. It doesn’t have any practical effect.”

He went on to claim that he "fully respects" New Yorkers' religious beliefs.

“I fully respect religion," Cuomo said. "And if there’s a time in life when we need it, the time is now. But we want to make sure we keep people safe at the same time, and that’s the balance we’re trying to hit, especially through this holiday season.”

Gov. Cuomo is so on top of the pandemic that he skipped at least 17 consecutive governor calls with the White House coronavirus task force this year. He's also questioned the vaccines being developed under Operation Warp Speed and has suggested that he'd block the distribution of it in New York until a team of his own health advisers approve it.

All the while, he's been promoting his book about his leadership during the coronavirus outbreak.