CNN Just Made a Ridiculous List of GOP Senators 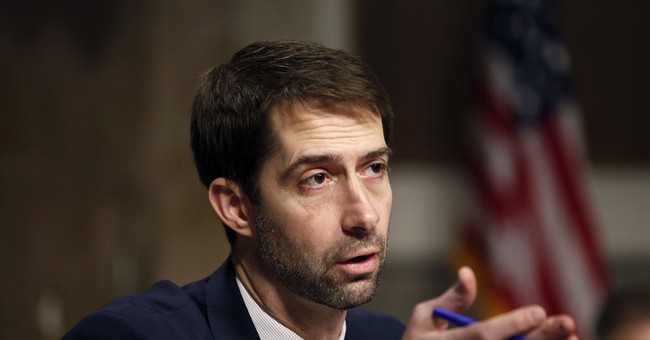 President Trump is still confident that he can turn this ship around, win a few lawsuits and recounts and be re-elected. The media has declared Joe Biden as the projected winner of the 2020 general election, but Trump and Republicans who support him have noted quite a few voting irregularities - particularly in swing states - across the country that they say should be addressed.

So that may explain why so many GOP senators have not yet congratulated Biden as the president-elect. Until the results are done and certified, they're going to keep fighting.

But CNN is apparently appalled that so many senators have not acknowledged their new supposed president. They made a list and did a segment is on it.

We couldn't help but be reminded of Rep. Alexandria Ocasio-Cortez's (D-NY) warning that she was going to compose a blacklist of sorts of people who worked for Trump.

Is anyone archiving these Trump sycophants for when they try to downplay or deny their complicity in the future? I foresee decent probability of many deleted Tweets, writings, photos in the future

So much for Biden's call to unity on Saturday huh?

Since the media and progressives like AOC are so list happy, why don't they make a list of all the Democrats who didn't congratulate Donald Trump on his overwhelmingly decisive win in 2016? Last we checked some of those Democrats were suggesting his presidency was illegitimate and the result of Russian collusion.

I can’t find the list of Democrats who didn’t congratulate @realDonaldTrump four years ago. Can you?