Trump Campaign Manager on Why He's Still Confident in Re-election 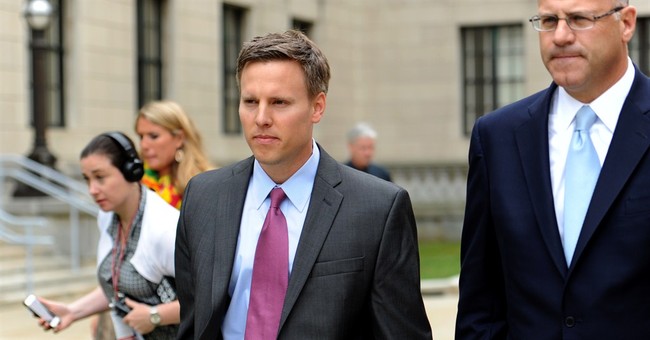 President Trump's re-election campaign manager Bill Stepien is confident that 45 will be reelected. But that only happens, he explained on a Wednesday morning phone call with reporters, if there are no shenanigans. In his speech earlier this morning, Trump pledged to go to the Supreme Court if need be to stop states from counting suspicious ballots.

"The Democrats are pushing to count late ballots," he said. "Why? They know and we know that if we count all legal ballots, we win."

.@BillStepien: “If we count the legal ballots, the President wins.”

.@realDonaldTrump campaign manager Bill Stepien and advisor @JasonMillerinDC insist there is a path for POTUS to win. They say if all legal votes are counted - POTUS will win AZ by 30k votes, PA by 40k. They say he will also win MI, NC and GA

"We are confident in our pathway...we project confidence because of the math that we believe is in front of us," Stepien said. He laid out that pathway to victory in a handful of battlegrounds still counting ballots.

Trump campaign projecting confidence despite Dem advantage in mail-in ballots that are still being counted. Here’s what their predicting this AM:

Trump campaign update (@BillStepien):#Arizona can win if all legal ballot counted.#Wisconsin is tight & in "recount territory." #Michigan there are outlying Republican counties.
#Nevada predict a win by 5,500 votes. #Georgia in a healthy lead.https://t.co/IyB7N1lfr1

In Pennsylvania and Arizona especially, Stepien says the math adds up.

Of course, the Biden campaign says that their math shows that the Democratic nominee has the same states in the bag.

“I want to share with all of you that Joe Biden is on track to win this election and he will be the next president of the United States,” Biden campaign manager Jen O’Malley Dillon told the press.

Follow the Townhall live blog for up to the minute results and commentary to see if Stepien's predictions come true.