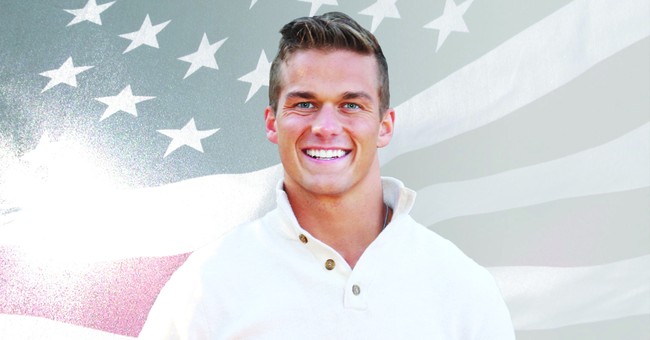 Cawthorn, a real estate investor who is paralyzed from the waist down because of a devastating car accident at the age of 18, won the Republican primary despite his opponent getting the coveted Trump endorsement. He was later invited to speak at the Republican National Convention. At the end of his remarks, Cawthorn grabbed a pair of crutches and stood up as he asked his fellow Americans to stand for freedom.

"To liberals, let’s have a conversation," Cawthorn said. "Be a true liberal, listen to other ideas and let the best ones prevail. To conservatives, let’s define what we support and win the argument in areas like health care and the environment. In this new town square, you don’t have to apologize for your beliefs or cower to a mob. You can kneel before God but stand for our flag."

The Congressional Leadership Fund released the following statement on the win.

“After his accident, Madison Cawthorn faced unimaginable difficulty, but he never gave up, fought to build a small business, and now heads to Congress to fight for North Carolina families,” CLF Communications Director Calvin Moore said. “I know he will defend North Carolina’s values of faith, family and freedom with that same drive and energy, and I congratulate him on his victory.”

Cawthorn had only three words for his critics.

Share this on Facebook
Tweet
Virginia Woman Charged After Threatening to Show Up to Child's School with Guns in Protest of Mask Mandate
Landon Mion
While Thousands Were Marching for Life, Here's What Democrats Have In Mind
Rebecca Downs
Kyrsten Sinema Censured By Arizona Democratic Party Over Opposition to Nixing Filibuster
Landon Mion
‘What Is a Woman?’: Matt Walsh Appears on ‘Dr. Phil,’ Presses ‘Non-Binary’ Individuals on Gender
Landon Mion
Families of U.S. Embassy Personnel in Ukraine to Be Evacuated, Nonessential Personnel Also Asking to Leave
Rebecca Downs
Bill Maher on Biden's First Year in Office: 'America Has Lost Its Faith in Joe'
Landon Mion
CARTOONS | Steve Breen
View Cartoon
Most Popular