Steve Scalise Reacts to Cuomo's Outrageous Appearance on 'The View' 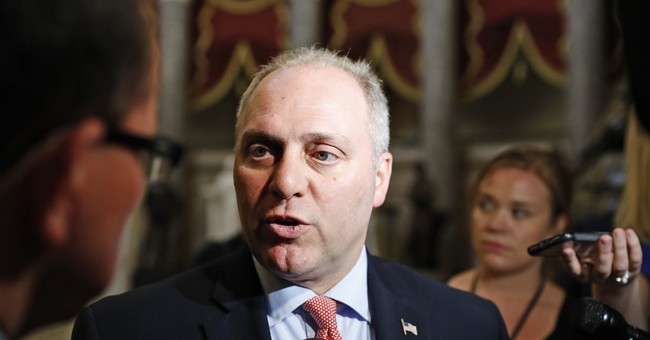 Janice Dean, the Fox News senior meteorologist who lost her in-laws to COVID-19 while staying in New York nursing homes, urged the hosts of "The View" to really grill Gov. Andrew Cuomo on his threatening policies that likely had some impact on the high fatality rate this year. His March 25 mandate forced facilities to accept recovering COVID patients, placing the vulnerable in immediate danger. According to early state statistics, over 6,000 people died from COVID in nursing homes, but we suspect the number to be much higher.

As you might expect, Dean's requests were not met.

"The View" co-host Whoopi Goldberg told Cuomo that she agrees with him when he says President Trump is to blame for every coronavirus death in the United States. She asked him to explain why.

"I'm holding you know who responsible for every death in this country firstly because he lied about it," Cuomo responded on Thursday. "He lied about it from day one."

Secondly, Cuomo charged, "they were totally incompetent in what they did." Trump was so busy "trying to demonize China," Cuomo alleged, that they didn't realize the threat from Europe.

New York Gov. Cuomo says he holds Pres. Trump “responsible for every death in this country” from COVID-19 because the admin “lied” and was “totally incompetent” in their response: “110,000 people more are going to die because [Trump] won’t wear a mask.” https://t.co/f8u2wbJuik pic.twitter.com/C89czabjRf

"This is all on his doorstep," Cuomo concluded. "And it still is." And he added that “110,000 people more are going to die" because Trump won’t wear a mask.

Cuomo, meanwhile, has suggested that his stellar leadership helped New York flatten the curve and that all is now well. It has to be right, or else why would he be on a book tour right now promoting a book in which he talks about beating the pandemic?

You've got to be kidding.

The governor whose own order killed thousands of seniors in nursing homes is still trying to find ways to blame someone else for his own deadly actions.

Now Cuomo is saying he's blaming President Trump "for every death in this country." pic.twitter.com/aBQstShIQe