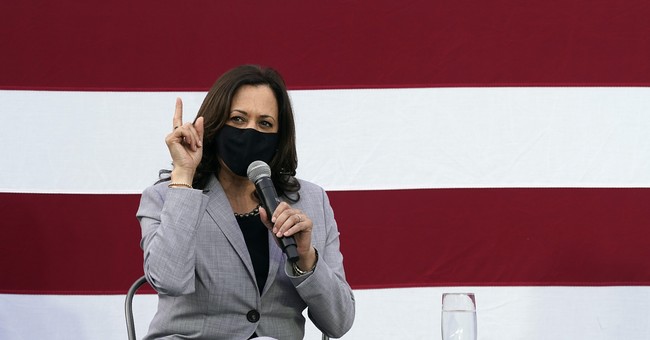 Two of vice presidential nominee Kamala Harris's campaign staffers have tested positive for COVID-19, her communications director Liz Allen, and a flight crew member. As a result, Harris has canceled all travel through Sunday "out of an abundance of caution."

The senator herself has tested negative twice this week, according to the campaign.

“Senator Harris was not in close contact, as defined by the CDC, with either of these individuals during the two days prior to their positive tests; as such, there is no requirement for quarantine,” Biden campaign manager Jen O’Malley Dillon said in a statement.

A few weeks ago, President Trump contracted coronavirus and was hospitalized for a few days at Walter Reed Medical Center in Bethesda, Maryland. That set off a domino effect of White House staffers also testing positive. The media had a field day because it gave them a chance to accuse the Trump campaign of putting people at risk and downplaying the threat of the virus.

Can we expect the same response to the Biden-Harris campaign? Are they too being reckless?

Kamala Harris has had contact with someone tested positive but is only suspending travel for 2 days.

Just remember how the media would be spinning this if it wasn't Kamala Harris. https://t.co/p2JEij6VAx pic.twitter.com/AQqrnVlgTO

Harris and Biden campaigned together earlier this week. Vice President Joe Biden is expected to participate in an ABC News town hall on Thursday night at 8 p.m.