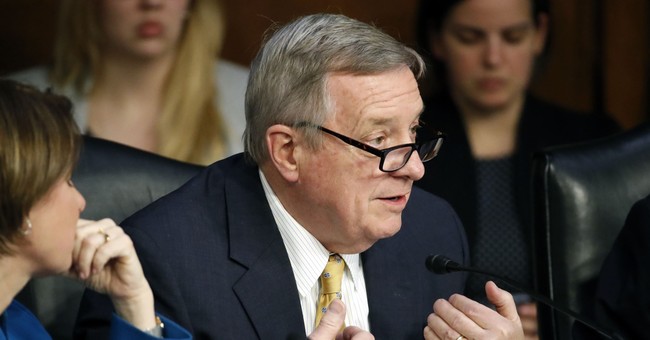 In his diatribe against the GOP and President Trump, Durbin criticized the president for being too transparent.

"He gives us 25 tweets a day to tell us what's going through that fertile mind," Durbin complained, adding, "We know what he thinks because he tells us."

"This president has never had an un-uttered thought," he continued. "He tells us everything."

“We know what he thinks because he tells us what he thinks “ Senator @DickDurbin (D-IL) says about @realDonaldTrump as though that is a bad thing. Durbin and Democrats don’t want a @POTUS who tells you what they think just as @JoeBiden wont tell us his opinion on Court packing.

Viewers were confused. Was Durbin saying that's a bad thing?

WOW! Dick Durbin just admitted that President Trump is honest with the American people via twitter.

In fact, many Americans appreciate the president's transparency, considering that his Democratic opponent Joe Biden has held precious few press conferences, and when he does he often calls on reporters who are on his pre approved list.

Durbin also recycled the argument of his colleagues in predicting that Barrett would be the end of Obamacare. He claimed to be fighting for Americans with pre-existing conditions who rely on ACA protections.

He added that Republicans are rushing through this nomination because they must doubt that President Trump will be re-elected.

"This president, in his vanity and constitutional recklessness refuses to commit to accept the will of the American electorate."