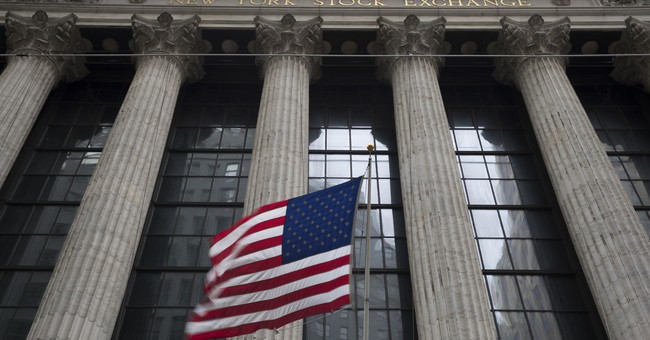 UPDATE: Gov. Phil Murphy has just stepped in to block the removal of the flags, overturning the New Jersey Turnpike Authority's decision.

“They’ve suspended that for the time being,” Murphy said at a Tuesday press conference.

Just a few days ahead of the 19th anniversary of the September 11 attacks, the New Jersey Turnpike Authority has decided to remove American flags from highway overpasses. The flags had been displayed on the overpasses ever since hijackers flew into the Twin Towers and killed nearly 3,000 people.

The Turnpike Authority wrote the following explanation on Facebook:

The New Jersey Turnpike Authority appreciates and applauds patriotism. We try to express patriotism ourselves every day by maintaining dozens of American flags at properties in our right of way — office buildings, toll plazas, service areas, maintenance facilities, State Police buildings, warehouses. Those flags are treated with the utmost respect by Turnpike Authority personnel. They are flown on suitable staffs. They are illuminated at night. They are lowered to half-staff when the state is in mourning. They are removed, properly destroyed, and promptly replaced when they become faded or worn and are no longer suitable symbols of our national ideals.

The move made folks livid. One Facebook user called the NJTPA "spineless cowards."

"As a PROUD AMERICAN I am extremely DISGUSTED with the choice you made to act on the removal of our American flag that WE THE PEOPLE PROUDLY display and take care of," wrote another user. "You are giving the American ppl a lame lying excuse for the removal of the American flag which is a positive Symbol of patriotism this Country has displayed for the past 19 years on the bridges."

Then several commenters joined in calls to "defund" the NJTPA.

Last month, the Robbinsville, NJ, police department purchased over a dozen American flags to replace tattered ones on the overpasses covering the New Jersey Turnpike and I-195. They wanted to display the new ones in time for the 9/11 anniversary.

"We cannot understand why the NJTPA has suddenly decided to abandon a tradition of patriotism and respect for our veterans. It is not known what happened to the brand new flags that we put up, but we truly hope they were respectfully disposed of, if not displayed elsewhere," the PBA wrote.

The group explained that they had planned to continue maintaining the flags and that they did not impede traffic or affect driver visibility.

Residents in New York and New Jersey are sensitive to any attempt to disrupt their 9/11 observances. When the 9/11 Memorial & Museum announced it would be canceling the annual "Tribute in Lights" installation at the Ground Zero memorial due to the coronavirus, the city erupted. Some patriots couldn't understand why officials would cancel the installation, yet allow anti-police protests to continue. The museum later reversed the decision.