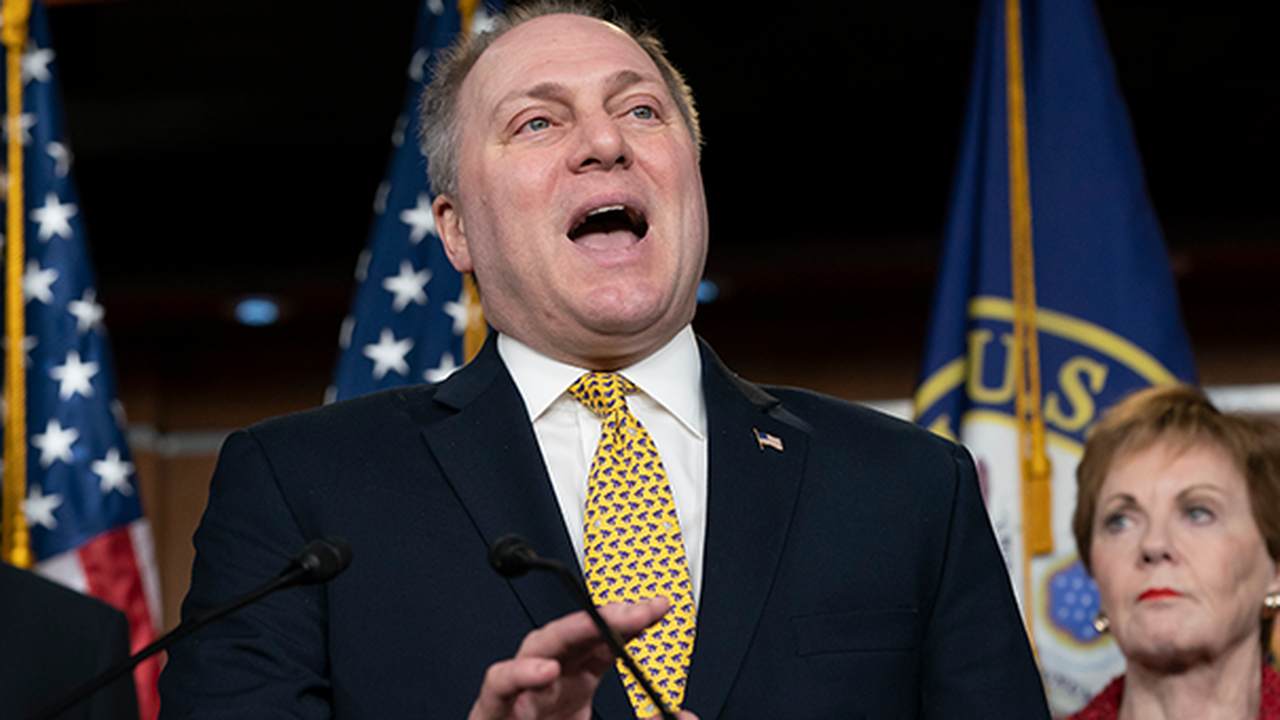 We've dedicated a lot of space lately to New York Gov. Andrew Cuomo's deadly and disastrous nursing home policy that forced facilities to readmit COVID-19 positive patients. The New York State Department of Health more or less exonerated the governor in its 33-page report about COVID-related nursing home deaths, but Rep. Steve Scalise (R-LA) may have taken the first step in getting some actual answers. The Republican whip just sent a letter to the governor informing him that he "won't get away" with what was, by all means, one of the worst decisions he ever made.

Regarding the report's conclusion that nursing home staffers, not Cuomo's mandate, were the biggest culprit in nursing home fatalities, Scalise calls BS.

"In addition to being dubious on its face, this conclusion was reached through a flawed methodology," Scalise writes. "Disappointingly, it also casts aspersion on heroic frontline nursing home workers in the process."

Blaming other people and putting out flawed data to cover up the deaths caused by his own policies won’t make this go away for him.

We won’t let him get away with it.

The congressman goes on to point out specific inconsistencies in the NYSDOH study.

NYSDOH’s report claims, without sufficient proof, that the staff, rather than your March 25th order, are to blame for your state’s high nursing home mortality rate. The report claims the “peak number of nursing home staff reported COVID-19 symptoms on March 16, 2020—23 days prior to the date of the peak nursing home fatalities, which occurred on April 8, 2020,” and concludes that the staff, rather than your admission order, are to blame for your state’s high nursing home mortality rate. To back up this questionable assertion, the NYSDOH report’s Figure 4 purports to show this 23-day gap. But the most recent data tell a far different story. What Figure 4 actually indicates is March 16 was the day when the highest number of nursing homes (49) reported one or more health care workers with virus symptoms. This statistic tells us nothing about the actual number of symptomatic staff on that day or even when the actual number of confirmed cases among nursing home staff peaked. In fact, Figure 6 of the NYSDOH report appears to contradict the previous assertion by showing far more infected nursing home workers in April than March. This would appear to place the peak of infected nursing home staff chronologically after you issued the March 25 order and much closer to the peak date of patient deaths.

Rep. Scalise notes that the study contradicts Cuomo's narrative about just how contagious this virus is.

"The report claims that your readmission order did not increase nursing home deaths because a large number of infected patients were sent back to affected facilities after the mortality at those facilities peaked in April," he writes. "But this claim ignores the simple reality that just a single coronavirus infected patient can infect several others when placed in close quarters among a high-risk population or, as you famously put it, like 'fire through dry grass.'"

The NYSDOH study also does not explain why Cuomo didn't send elderly COVID patients to the USNS Comfort, which was in New York harbor for weeks, never being used to its full capacity. New York lawmakers like Nicole Malliotakis have asked why.

It can be argued that Cuomo knows that his nursing home mandate was a mistake because he eventually reversed the order.

Scalise and others are calling for an independent investigation into the massive New York nursing home tragedy. Maybe then, just maybe, we'll get some real analysis and answers.