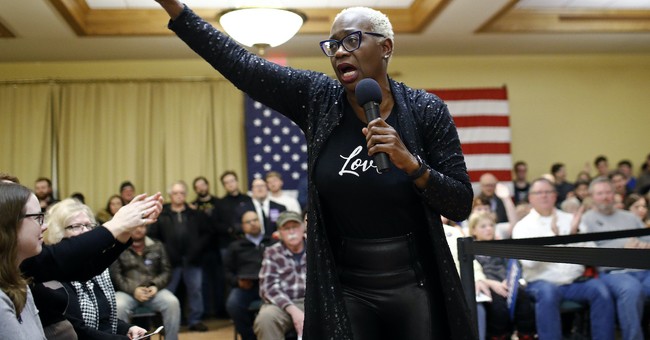 Debra Messing is one of the celebrities who loves to talk politics. She's had plenty of invective for President Trump and his supporters. And with Kanye West announcing his plans to run for president over the weekend, she has her next target. The "Will and Grace" actress accused West, one of the president's most famous allies, of conspiring with the president to take away black votes from presumptive Democratic nominee Joe Biden. She called it "disgusting."

Nina Turner, Bernie Sanders's former spokeswoman, called out Messing for her "racist" message and informed her that black voters have minds of their own.

You just can’t stop dipping can you @DebraMessing? Your connotation is racist??.
1. Black voters are not owned by anyone. Our vote should be earned every election cycle. 2. We can think for ourselves & don’t need your help. 3. Sometimes it’s best to stay out of family business. https://t.co/RVsqJFDbS4

"Right?" one user sarcastically responded to Messing. "How dare he take us from Biden? Biden's the one that owns us, not Kanye."

Your tweet is insulting, somewhat racist, as it assumes young Black voters are not knowledgable agents, but easily swayed by the mere presence of a Black rapper.

If white Biden supporters start working on their implicit biases, more Black voters will support Biden. I assure you.

Many Kanye fans are white. At one point, whites were credited as 80% of all hip-hop/rap consumers (Harvard Business Review).

Yet you don't fear Kanye "taking" young white voters away from Biden? Or perhaps you didn't consider it because you view whites as knowledgeable agents?

But Messing's controversial take is one that is apparently shared by Biden himself. As he recently told radio host Charlamagne tha God, if black voters don't vote for him, they "ain't black."

As you can see, the former vice president is doing a fine job all on his own alienating black voters.

"Biden could actually run on policy that young voters want but I guess that's too much to ask so sure blame Kanye for that," one Twitter user suggested.

By the way, despite what Messing or Biden may think, there are plenty of proud black President Trump voters.

"The choice in this election could not be clearer: while President Trump has created opportunity and prosperity within the Black community, Joe Biden promotes and defends the status quo of poverty and marginalization,” Black Voices for Trump Advisory Board member and Townhall contributor Ken Blackwell said in a recent Black Voices for Trump broadcast.