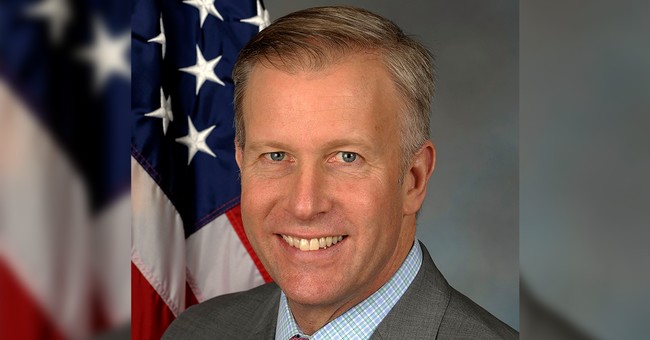 State Senator Chris Jacobs declared victory Tuesday night in the special election for New York's 27th congressional district, held to replace former Rep. Chris Collins (R) after his resignation following insider trading charges. NY-27 has been classified as the "most conservative district" in the state of New York, so there were plenty of eyes on this one. In his win, Jacobs defeated attorney Beth Parlato, Erie County Comptroller Stefan Mychajliw, and the lone Democratic candidate Nate McMurray. McMurray has yet to concede, but Jacobs’s team says there’s no way, even with absentee ballots, that the Democrat can make up the deficit.

President Trump endorsed Jacobs, touting him as a congressman who would be strong on many of the issues conservatives care about.

Chris Jacobs (@JacobsNY27) will be a tremendous Congressman who will always fight for New York. He is Strong on the Border, our Military and Vets, and the Second Amendment. Chris has my Complete and Total Endorsement! Vote for Chris on June 23! #NY27 https://t.co/LYowAxQqfp

Yet during the campaign Jacobs's opponents - both liberal and conservative - painted him as a typical politician who changes his views whenever expedient. His rival, Beth Parlato, called him a "career politician" just like Chris Collins and added that she has "more respect" for the hard Left because at least they're sincere.

But some Republican members of Congress, like Rep. Elise Stefanik (R-NY), have no hesitations about Jacobs and are eager to have him in Washington. She said she's proud to have a chance to serve with him.

Huge congrats to @JacobsNY27 for his win in the primary and special election!

Proud to endorse, help with GOTV, and work with his team as they earned a victory for the hardworking families of #NY27!

I look forward to serving with him in Congress. ???? https://t.co/qLBDsgBiHc