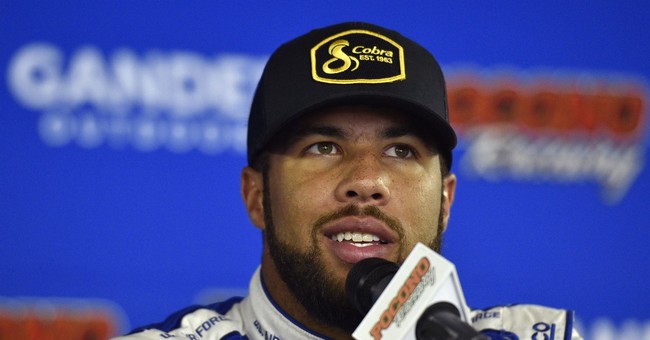 On Sunday, NASCAR driver Bubba Wallace was informed that a noose was found in his garage stall at the Talladega Superspeedway. The discovery comes a few days after Wallace, the only black race car driver in the industry, called for removing Confederate flags from circuit events.

Wallace said he was infuriated and "saddened" by the shocking discovery. In a statement posted to Twitter, the driver said that the noose placed in his garage stall served as a "painful reminder of how much further we have to go as a society and how persistent we must be in the fight against racism."

Wallace added, however, that he's been "overwhelmed" by support from friends in the NASCAR community.

And the organization confirmed its support with a new statement promising to get to the bottom of the disturbing find.

The FBI, Department of Justice, and U.S. Attorney’s office for the Northern District of Alabama confirmed that they have begun an investigation into the incident.

"The U.S. Attorney’s office for the Northern District of Alabama, FBI and the Department of Justice Civil Rights Division are reviewing the situation surrounding the noose that was found in Bubba Wallace’s garage to determine whether there are violations of federal law," U.S Attorney Jay E. Town said in a statement on Monday. "Regardless of whether federal charges can be brought, this type of action has no place in our society."

Alabama Gov. Kay Ivey was similarly "shocked and appalled" by the incident. She apologized to Wallace "on behalf of all Alabamians."

"There is no place for this disgusting display of hatred in our state," Ivey said. "On behalf of all Alabamians, I apologize to Bubba Wallace as well as to his family and friends for the hurt that this has caused and regret the mark this leaves on our state."