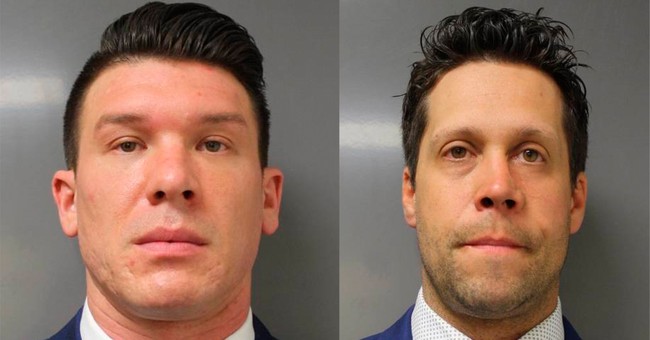 At first glance, it seemed obvious that the Buffalo police were guilty. It had just hit curfew in the city last weekend, and the PD commenced a sweep of the area surrounding city hall. That's when an elderly protester approached the officers and began to argue with them. When he refused to back away, one of the officers pushed the 75-year-old, and he appeared to trip and fall to the ground. When his head hit the concrete, a loud "thud" could be heard. As he lie on the ground, blood began to ooze from the back of his head. Instead of bending down to check on him, the officers walked right by him. The incident was captured on video and engendered another national outrage in the wake of the Minneapolis police killing of George Floyd.

But is there more to the story? In the week since the incident occurred, the elderly man who was pushed has been identified as Martin Gugino. And as it turns out, this wasn't his first protest. He reportedly made several prior appearances at protests in downtown Buffalo. Some describe him as a "professional agitator."

Buffalo Mayor Byron Brown, who was just as unnerved by the video as other spectators, nevertheless explained that police protocol maintains that only medically trained officers can provide assistance to injured persons. And the officers directly behind McCabe and Torgalski did provide that assistance.

Tom Burton, an attorney for the Police Benevolent Association, also reminded spectators that this incident occurred a few days after Buffalo police officers were the targets of flying bricks and bottles. Three officers were even run over by rioters in an SUV.

Burton, and many others with him, argue that the DA's charges were way out of bounds. In order to convict the two officers, prosecutors need to prove that they had the intent to hurt Mr. Gugino. And the lawyer argued that Gugino was clearly the one in the wrong.

"I believe Mr. Gugino wanted to have an incident," Burton said. "He crossed the line figuratively and actually."

The entire Buffalo Police Department Emergency Response Team agree, and all 57 officers resigned in support of McCabe and Torgalski.

On Tuesday, President Trump took the side of the Buffalo police. He went even so far as to say that Mr. Gugino was a member of ANTIFA.

Buffalo protester shoved by Police could be an ANTIFA provocateur. 75 year old Martin Gugino was pushed away after appearing to scan police communications in order to black out the equipment. @OANN I watched, he fell harder than was pushed. Was aiming scanner. Could be a set up?

There is no room for your hate and division here @realDonaldTrump. We are a community looking to heal. Your words only seek to tear us apart. Stop. https://t.co/F2w29Mnl6G

This is sick. The President continues to use his platform to peddle conspiracy theories, this time about a peaceful protestor and fellow New Yorker. Not sure how this is supposed to bring our country together... https://t.co/NVyjkS8rn9

Mr. President @realDonaldTrump, the City of Buffalo is laser focused on healing, taking action against racial injustice and building a good future for our residents. We pray for a full recovery for Mr. Gugino and as I have repeatedly said, the two officers deserve due process. https://t.co/BNvp15eRWL

This post has been updated with reactions from Buffalo lawmakers.