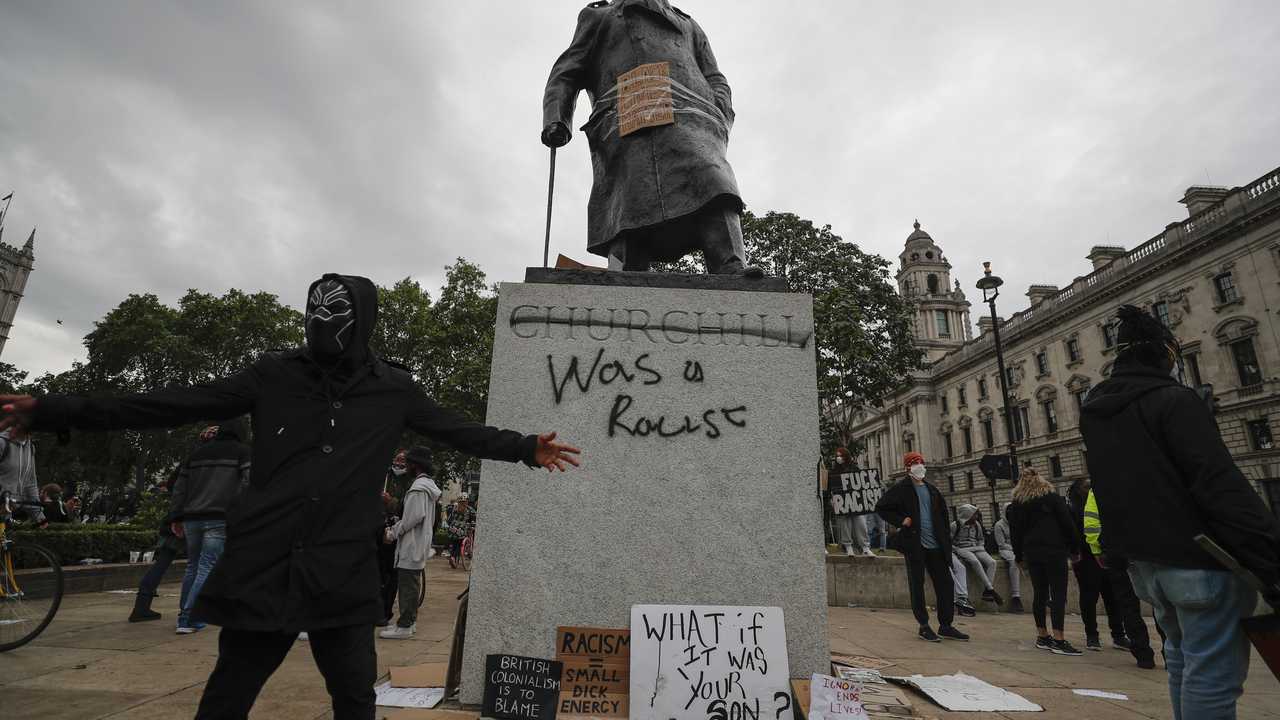 The riots in the wake of the George Floyd police killing haven't been limited to the U.S. The United Kingdom has seen its share of destructive protests in the past few weeks as well. Black Lives Matter protesters targeted several statues throughout the country, including 17th-century politician and slave trader Edward Colston, which they tossed into the Bristol Harbor.

During one demonstration, rioters vandalized the historic Winston Churchill statue in London's Parliament Square by taping a Black Lives Matter sign to his chest, crossing out his name and spray painting "Was a Racist." That was a bridge too far for several lawmakers, including Prime Minister Boris Johnson and Home Secretary Priti Patel, who sounded off on the "thugs" who committed the vandalism.

Home Secretary Priti Patel has said the police have her "full backing", and has accused a "criminal minority" of Black Lives Matter protesters of "thuggery".

But there was one MP whose response took the cake.

Wait until they find out about the other guy pic.twitter.com/0GHdAfNq7r

Churchill remains a hero to many around the world for his defeat of Adolf Hitler and the Nazis in the Second World War. His leadership was a major force in the eventual Allied victory and his heroics were displayed in the Oscar-winning 2017 film "Darkest Hour." Yet, the former prime minister has his share of critics who maintain that he was a racist, in light of reported comments he had made about China and India, among other views.

Brexit Party leader Nigel Farage scolded Britain's leader for not doing more to subdue the chaos. While he didn't exactly disagree with the dismantling of the Colston statue, it was how it got toppled he takes issue with.

"Because they did it as a violent mob making their own decisions on what they thought was right and wrong," Farage told Piers Morgan on Monday. On Twitter, Farage suggested that most Brits agree with him.

Only 13% of the country approve of the way the Colston statue was removed.

So how is it that @GMB can organise a debate with 4 against 1 thinking it was the right thing and supporting mob rule?

Media are out of touch. pic.twitter.com/DRdbGZI3pS