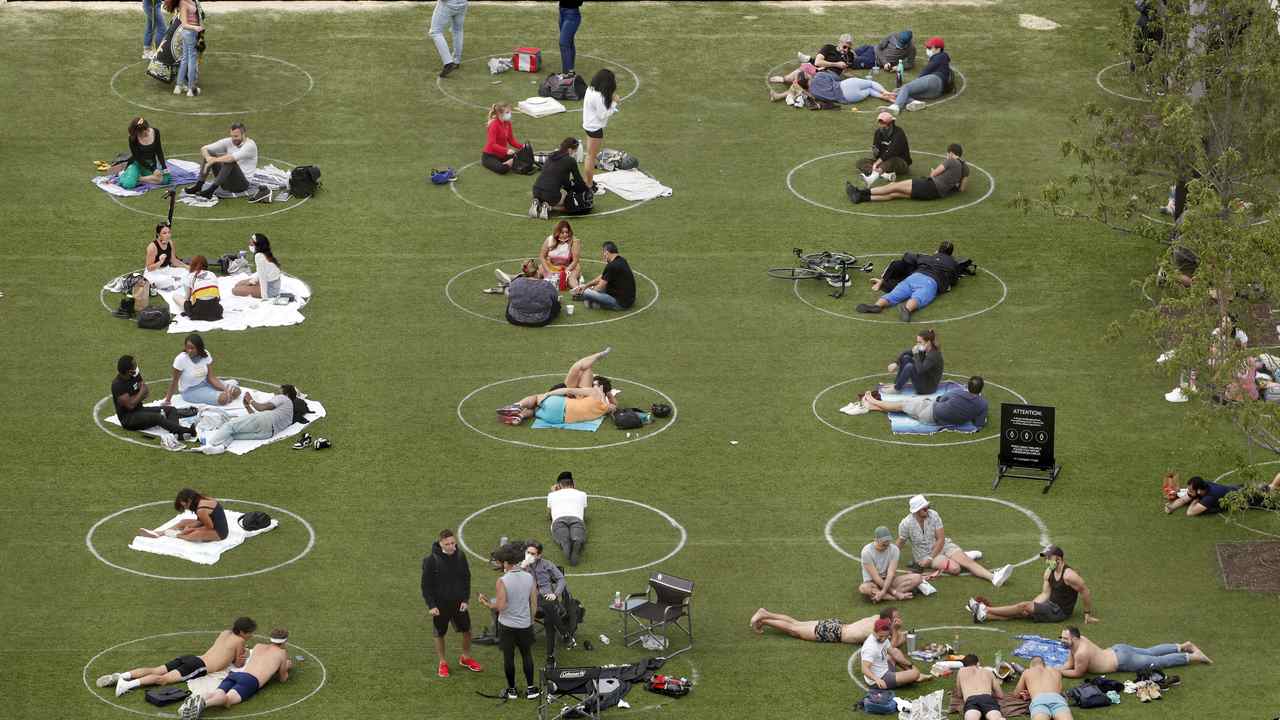 The National Bureau of Economic Research has completed a new academic study which concluded that watching Fox News during the coronavirus pandemic just might kill you, or at least put you in danger. Researchers from Columbia University and the University of Chicago concluded that Fox News convinced an alarming number of viewers to ignore social distancing guidelines.

"Academics from Columbia University and the University of Chicago, in collaboration with SafeGraph, a geospatial data company, released a comprehensive research study that examined the impact of cable news in the US on regional differences in social distancing, during the early stages of the COVID-19 pandemic," a press release reads. "The study found that a 1% increase in Fox News viewership in a zip code reduces the propensity to stay at home by 8.9%."

The non-peer reviewed paper adds that they found "a persuasion rate of Fox News on non-compliance with stay-at-home behavior during the crisis of about 33.5%-50%across our various social distancing metrics."

The researchers explained that they gathered the data by using the incremental local viewership due to the quasi-random assignment of channel positions in a local cable line-up. They then analyzed their findings, which was really just another opportunity to bash Fox News.

The COVID-19 pandemic has uncovered the dangers of media misinformation. Fox News has often been accused of disseminating information that mitigates the dangers posed by the pandemic, most notably evidenced by a recent class-action lawsuit. Researchers from Columbia University and the University of Chicago highlight the persuasive effect of Fox News viewership on social distancing compliance during the early stages of the COVID-19 pandemic in the US.

“We show that exposure to Fox News has led to substantially lower compliance with social distancing regulations,” said Dr. Simonov, Columbia Business School. "Our team was interested in examining the broader consequences of cable viewership and the role that media outlets like Fox play in the enforcement of public health recommendations. SafeGraph’s COVID-19 Consortium data allowed us to answer this question by providing daily panel of census-block-level aggregate movements data, enabling our team to measure stay-at-home rates across the country.”

Should they wish to do so, Fox News has plenty of evidence at its disposal to push back on the study's narrative. In fact, throughout the pandemic, the network's hosts and anchors have been urging viewers to social distance and comply with the full range of CDC guidelines, especially these past two weeks, as states have begun to reopen.

A huge crowd descended on Missouri's Lake of the Ozarks this Memorial Day weekend to enjoy some pool time, to the dismay of more than one Fox News personality.

"Those pictures from over the weekend in Missouri, Lake of the Ozarks, is about driving distance from St. Louis and Kansas City," Dr. Marc Seigel told Ed Henry. "Then you had Florida—several different areas of Florida—Tampa had a parking lot to be closed because there were so many people milling around. The east coast of Florida, Galveston, Texas—all three of the states I mentioned have a flattened curve. But if you see this kind of cavorting going on, you know, there's a lot of asymptomatic spread of COVID-19. We don't exactly know how it spreads, but close contact is definitely going to spread it...And we're going to end up having a problem as we reopen if people are congregating like this. I'm deeply disturbed about this. Missouri is saying—some of the officials are saying, Ed—maybe these people should go into quarantine after this kind of behavior. And I'm not against that. We have to do something."

Fox and Friends host Brian Kilmeade added that the folks at the Ozarks were "ruining it for everyone."

"We would all agree, if you are going to be out in public, social distancing is a must," Fox News anchor Bill Hemmer told his guest Rep. Dan Kildee (D-MI). "It is proven by all standards to work."

The network also practiced what it preached. Starting in March shows like "The Five" and "Outnumbered" provided its staff with the resources to begin social distancing and tape their live shows and segments from the safety of their homes.

Also worth noting, the NBER study admits, "Similarly, we cannot rule out that Fox News viewership effects during the COVID-19 outbreak reflect public statements by the Republican administration, as opposed to statements by Fox News anchors."

As you may have guessed from the title of this piece, this isn't the first study that has tried to blame Fox News for doing more harm than good during this coronavirus outbreak. The University of Chicago previously conducted an analysis of how "seriously" two Fox News hosts covered the coronavirus outbreak.

"The selective cherry-picked clips of Sean Hannity's coverage used in this study are not only reckless and irresponsible, but down right factually wrong," Fox News responded at the time.