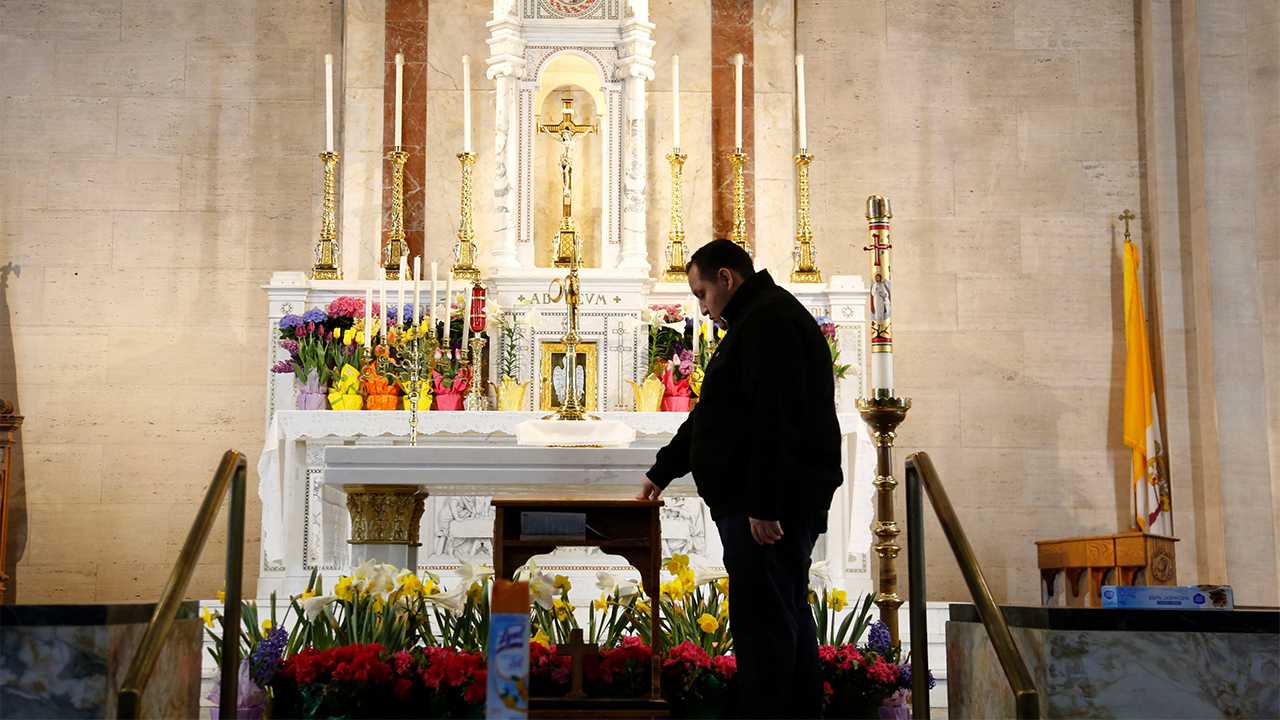 Churches are now open in New York, but barely. Per Gov. Andrew Cuomo's guidelines, church services can resume, but the religious gatherings must be limited to 10 people. Rev. Darius Pridgen, senior pastor at True Bethel Baptist Church and a new member of the interfaith advisory council created by the governor, explained how the restrictions will affect his church services, starting with his Thursday night service.

Pridgen's Thursday evening teachings usually draw 300 to 400 people, but tonight there will be only ten people sitting in the pews. He'll field the first ten calls from members wanting to attend, then cut it off.

Sundays will be no exception. The reverend usually holds four services at his churches on the Lord's Day, but that will be impossible during the outbreak because, as he explained, he just can't sanitize all three churches in two cities in between each service.

"We're going to continue to do one service where people have to pre register in order to come," he said. "And then after you've exhausted that list, you go to those on the waiting list so that you have limitation and those that cannot come will be able to continue to watch us virtually."

True Bethel had a drive-in service on Easter Sunday, but Rev. Pridgen was adamant that he took every possible precaution. Every singer on the outdoor stage wore a mask, and he recalled that one lady got so excited she got out of the car and he told someone to go tell her "she has to get back in the car or leave."

Pridgen said that no church he knows of is ready to open up the doors and pack in upwards of 1,000 people.

"At the end of the day, it's going to take time," the reverend explained. "I don't care if tomorrow this pandemic is over, there's going to be a huge amount of people who are going to be afraid to come out and that's going to be in the church also."

Pridgen, who himself recently recovered from COVID-19, said he was encouraged to get a call from Cuomo inviting him to join the interfaith board. He said the governor took time to listen to his advice about the reopening of churches and even offered to find them PPE.

The governor claims the church restrictions have "nothing to do with religion." Yet, some WBEN callers are fuming over the state's restrictions on church. Large church gatherings are in the final phase, Phase Four, of Cuomo's reopening plan.

"Cuomo is acting like a bishop," one woman told radio host Sandy Beach on Thursday. "When was he ordained?"

This all begs the question: Will government officials really begin raiding houses of worship?