Congressman to Whistleblower Doctor: You're Too Sick to Go to Work But You're Here Testifying? 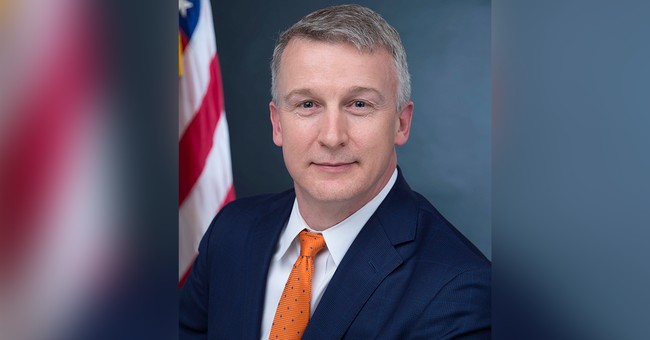 Dr. Rick Bright, who filed a whistleblower complaint after his firing from the Biomedical Advanced Research and Development Authority, testified before the Subcommittee on Health for the House Committee on Energy on Thursday. Bright has been highly critical of the federal government's response to the coronavirus. In particular, he was concerned by President Trump's insistence that hydroxycholoroquine was a potential treatment for the disease, which he said cost him and his colleagues precious time in working on other areas to combat the virus. As expected, he was lionized by Democrats and vilified by Republicans during the hearing.

In his opening statement, Dr. Bright warned that if we don't turn things around, we could be approaching "the darkest winter in modern history." Bright insisted in his testimony that his complaints were delivered with Americans' best interests at heart. But Republican members of the committee weren't so sure, considering the timeline of his actions. It wasn't until March 23, when the White House announced it was pushing to make HCQ more widely available without controlled supervision that he had a change of heart about the drug.

Rep. Richard Hudson (R-NC) said he believes whistleblowers should be respected and heard, but he perceived Thursday's hearing as an attempt to undermine the Trump administration. When Oklahoma congressman Markwayne Mullin got the mic, he turned the hearing into a discussion about Bright's paycheck. Dr. Bright, who recently got a job at the National Institutes of Health, is currently on sick leave for hypertension. He explained that it's been a "stressful" transition having been removed from his role without explanation.

Yet, as Rep. Mullin pointed out, Bright is still getting paid by the NIH. Rep. Mulllin wondered why he was here testifying before Congress if he was dealing with the ailment?

"I guess I'm kind of confused because you say you have hypertension but yet you were able to do these interviews, you're able to make the report, and you're able to prepare for this hearing," Mullin noted. "Yet you're too sick to go into work but you're well enough to come here while you're still getting paid from the U.S. government."

Glad to see Dr. Bright was healthy enough to testify in front of Congress today. It’s unfortunate that his hypertension has caused him to not be healthy enough to report to his new job at NIH. pic.twitter.com/P8ZOtTX2Rw

Mullin added that he had a "hard time" squaring how Bright didn't have these health issues at BARDA, where he dealt with the stressful task of responding to a pandemic. Bright reiterated that his job change had caused immense stress.

The NIH announced on Thursday that it has begun clinical trials on HCQ and azithromycin to test its effectiveness against COVID-19.

Editor's Note: An earlier version of this article read that Rep. Markwayne Mullin represented Ohio. He represents the state of Oklahoma. We apologize for the error.