Burr Stepping Down as Intel Chair Amid Insider Trading Investigation 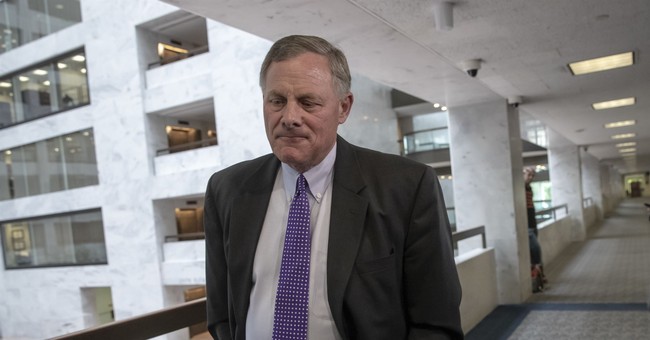 UPDATE: Sen. Burr released the following statement about his decision.

"This morning, I informed Majority Leader McConnell that I have made the decision to step aside as Chairman of the Senate Intelligence Committee until this investigation is resolved," Burr said. "The work the Intelligence Committee and its members do is too important to risk hindering in any way. I believe this step is necessary to allow the Committee to continue its essential work free of external distractions."

Sen. Richard Burr (R-NC) is stepping down as chairman of the Senate Intelligence Committee as the FBI continues to review whether he engaged in insider trading during the coronavirus pandemic.

As Burr was receiving briefings from U.S. public health officials on the coronavirus outbreak, he sold thousands of dollars in stocks.

Burr sold a significant percentage of his stock portfolio in 33 different transactions on Feb. 13, just as his committee was receiving daily coronavirus briefings and a week before the stock market declined sharply. Much of the stock was invested in businesses that in subsequent weeks were hit hard by the plunging market.

Burr's brother-in-law Gerald Fauth also suspiciously sold his shares on the same day, but Burr insists he did not discuss the trades with him.

On Wednesday it was revealed that the FBI served a search warrant to Burr to obtain his cell phone in their investigation into his stock trades.

Burr's lawyer insists he did nothing wrong and reminded critics that his client was the one to call for the Senate Ethics Committee review into his conduct.

"The law is clear that any American – including a senator – may participate in the stock market based on public information, as Sen. Burr did," Burr's attorney, Alice Fisher, said at the end of March. "When this issue arose, Sen. Burr immediately asked the Senate Ethics Committee to conduct a complete review, and he will cooperate with that review as well as any other appropriate inquiry. Sen. Burr welcomes a thorough review of the facts in this matter, which will establish that his actions were appropriate.” (USA Today)

Three other senators were also accused of insider trading following coronavirus briefings, including Sens. Jim Inhofe (R-OK), Kelly Loeffler (R-GA) and Dianne Feinstein (D-CA). Sen. Loeffler has pushed back against claims that she and her husband profited off of private information, noting their stocks are managed by outside firms.