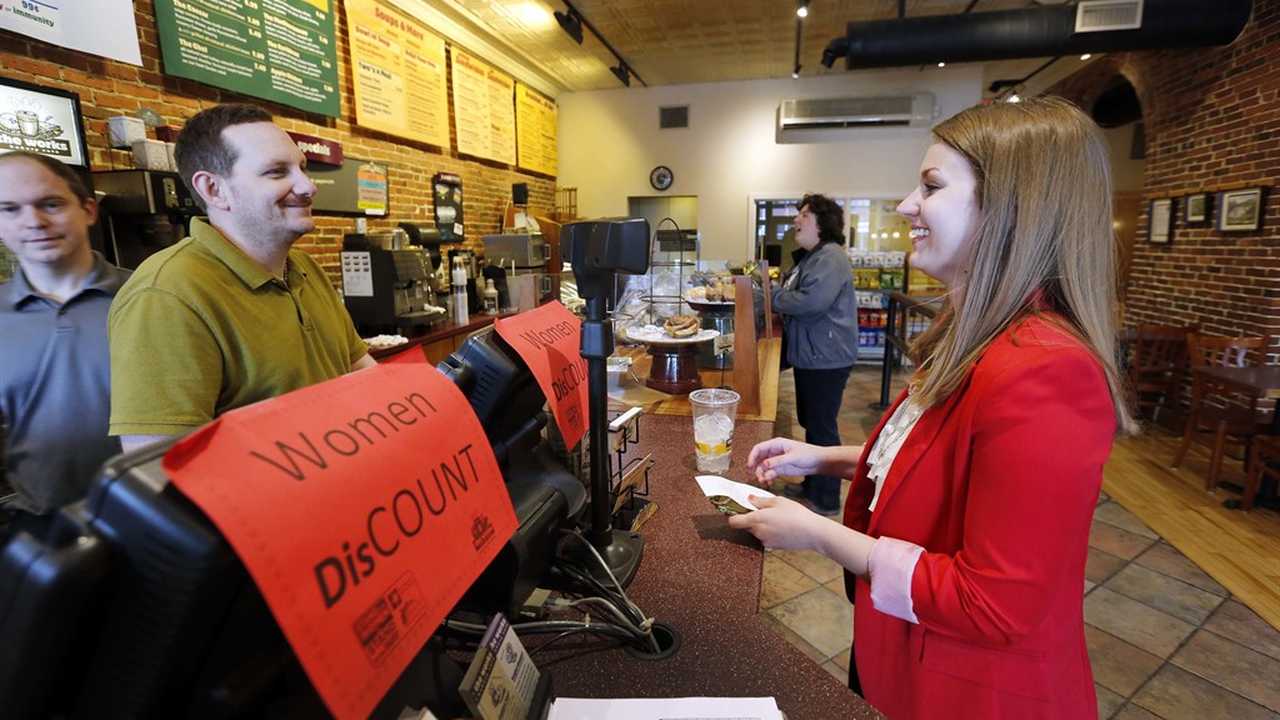 It's Equal Pay Day in America, but not everyone is celebrating. For the Network of Enlightened Women, whatever good intentions may have contributed to the holiday have been overshadowed by a misleading liberal, feminist agenda.

"We all want equal pay for women," Karin Lips, President and Founder of NeW, explained in a statement on Tuesday. "Women, regardless of their politics, should review the facts about equal pay and question the broader narrative. The statistic that the wage gap is based on does not compare two people in the same job, but overall earnings of women and men. It also does not compare two people making the same labor choices, such as hours worked or education."

Romina Boccia, a leading fiscal expert at The Heritage Foundation, joined Lips for a Facebook Live event on Tuesday to debunk some of these specific Equal Pay Day myths.

This year, feminists are referencing a Bureau of Labor Statistics study that reveals women make 81 cents for every dollar a man makes. Is it really true that women make 20 percent less than men just because they are women?

What it doesn't tell us is what that distribution looks like.

"The Left tries to take this number and convince women they're victimized," Boccia said in frustration.

A number of factors are not taken into account, including the number of hours worked. On average, men work more hours than women in the economy. We should also consider how women and men tend to work those hours. What Boccia has found in her research is that women tend to prioritize flexibility when it comes to deciding on an industry. Women, on average, work 10 percent fewer hours than men and also tend to value flexibility a great deal, especially working moms. The ability to work from home, or work different hours allows them to fit their work within their other life priorities.

"That's not something we can capture easily with data," Boccia explained.

That 81 cents stat, by the way, only looks at take-home pay. Women choose industries that tend to offer better compensation in the form of benefits, such as paid leave or health benefits. As such, Boccia says it's important to consider total compensation. Teachers don't have high salaries, for instance, but they get very generous time-off benefits.

"Summers off are not measured anywhere in the data," Lips noted.

The choices men make are just as important, Boccia reasoned. Men tend to choose work that will maximize their earnings, many of those being high-risk jobs like construction. In the year 2015, men accounted for 93 percent of all workplace fatalities.

"You have to pay them a risk premium for doing those kinds of jobs," Boccia explained.

But Boccia has found that her heaps of research often don't matter when trying to talk sense to Equal Pay Day warriors. Even when she proves that the BLS number doesn't quite add up, her debate opponents start questioning culture and society as a whole and argue it's "not fair" that women do more domestic chores than men.

"They're saying we want equality of outcomes...I find that extremely concerning," Boccia said.

March 31, Boccia argued, is "a random day" appointed by The National Committee on Pay Equity "that is not reflective" of any gender pay gap.

"It's a bogus day because it means very little," Boccia explained, adding that the holiday and the message behind it "victimizes women instead of empowering them."

It's a very "discouraging" message for young women to hear. Why work harder to try and earn promotion if you feel no matter how hard you work, you can't get ahead because you're a woman? It's important to get out the message to young women that in America, we get paid based on the value we contribute to our employees and to the economy.

"The only thing holding you back is yourself," Boccia concluded.