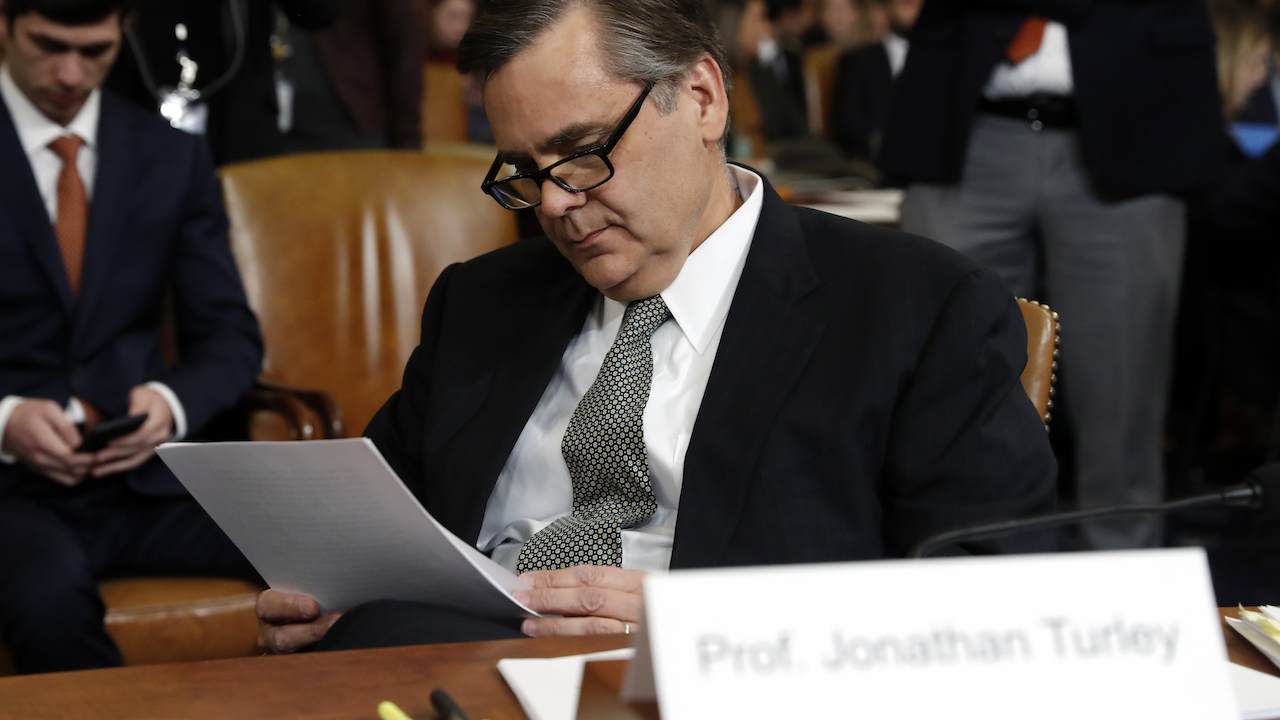 Jonathan Turley was the only Republican-appointed expert at the lawyer-heavy Trump impeachment hearing last fall. The constitutional law professor at George Washington University was visibly taken aback by the fellow scholars at the witness table who confidently told lawmakers that the president had abused his power and deserved to be impeached. Like many congressional Democrats, the liberal lawyers reached their conclusion with little evidence.

"I am concerned about lowering impeachment standards to fit a paucity of evidence and an abundance of anger," Turley said at the time. "If the House proceeds solely on the Ukrainian allegations, this impeachment would stand out among modern impeachments as the shortest proceeding, with the thinnest evidentiary record, and the narrowest grounds ever used to impeach a president. That does not bode well for future presidents who are working in a country often sharply and, at times, bitterly divided."

Turley emphasized during that same hearing that he is not a supporter of President Trump, having even voted against him in 2016. But, when he heard critics trying to reinterpret the Constitution to try and boot 45 from office, Turley had no choice but to defend the president.

The professor finds himself in another unexpected situation in which he is compelled to push back against the slander aimed at Trump. The media has still been relentless in questioning his every move during the coronavirus outbreak. Turley was watching CNN Monday morning when he did a double-take on one of their latest editorialized chyrons.

CNN is running a headline that Trump "now" claims Easter was aspirational. I have criticized Trump statements but he never said Easter was a firm deadline as opposed to his hope. The unrelentingly negative spin on stories makes it difficult for viewers to trust the media.

He's right. The president said last week that he "hoped" he could reopen large swaths of the country by Easter, but he'd still have to consult with his task force. CNN made it sound like it was a done deal and that Trump was now hurriedly backtracking.

On the same day, CNN's Brian Stelter tried to argue that Trump has only been talking to Fox News during the crisis. But that theory was easily debunked too.

True! Except for those open pressers every day where he's taking questions from several reporters from other outlets, that is. https://t.co/dVnqB8IkWT