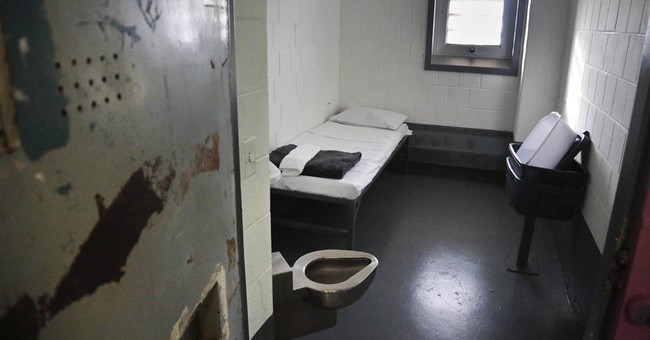 Democrats and activist groups have begun to call for the release of prisoners during the coronavirus outbreak because dozens of people have now tested positive for the coronavirus in the New York jail system. They argue that releasing low-level offenders is the virtuous thing to do so that those individuals aren't exposed to the virus.

New York Assemblywoman Nicole Malliotakis argues that the Empire State is as overwhelmed enough as it is. Why endanger New Yorkers even more?

We currently have a public health crisis & they want to create a public safety crisis too.

Yet legislators like City Councilman Brad Lander (D-Brooklyn) have called for the NYPD to loosen its policing efforts.

“This crisis has put the stark differences in how our society cares for and values people into sharp relief,” Lander said this week. “New York City and New York State have a responsibility to shrink the jail population by halting arrests for low-level offenses.”

Mayor Bill de Blasio signaled that dozens of detainees have indeed been released.

Hospitals & nursing homes manage to keep those inside safe from #COVID19 but when it comes to jails @NYCMayor says he needs to release prisoners. If #NYC provided @cobanyc w/ proper protection & testing, this wouldn’t be a discussion. I support Elias Husamudeen’s calls for action https://t.co/80kZ4DvWiR

It's a similar story in Philadelphia, where police have been ordered to overlook certain non-violent crimes.

The Empire State is by far the hardest hit at the moment, with an overwhelming amount of new COVID-19 patients every day. Sources speculate that hospitals will run out of room and resources.

President Trump announced on Sunday that he's also agreed to New York's request for a major disaster declaration, which will provide even more resources.

Holy wow. Finally, a Press Conference I can get behind! SPECIFIC NUMBERS coming fast & hard from President @realDonaldTrump