Ayanna Pressley: I Have Proof My Constituents Are Succumbing to Racism During Outbreak 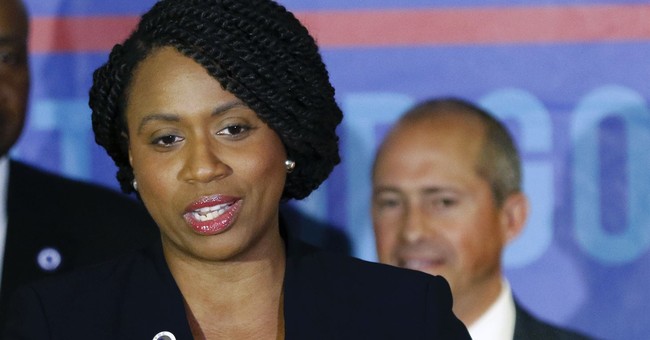 Again, statements like these aren't helping. We already have CNN calling President Trump a racist and xenophobe for using accurate terms like "foreign virus" to describe the COVID-19 outbreak. But Rep. Ayanna Pressley (D-MA) is now accusing her constituents of more of the same.

"Since the beginning of the COVID-19 outbreak, we have seen not only the spreading of the virus but also a rapid spreading of racism and xenophobia," Pressley said at a recent hearing.

.@RepPressley blames "racist" Americans for drop in business at restaurants in Chinatown:

"Since the beginning of the covid-19 outbreak, we’ve seen not only the spreading of the virus but also a rapid spreading of racism and xenophobia." pic.twitter.com/RvC1mMxHHK

Pressley took offense at Trump's "foreign virus" reference because her district is made up of 32 percent foreign born residents. She supposedly had proof that the Boston community is buying into the "racist" rhetoric coming from the White House.

"This painful rhetoric has consequences," Pressley said. "Restaurants across Boston's chinatown have seen up to an 80 percent drop in business. I believe this has everything to do with the rapid spread of misinformation and paranoia."

While people like Pressley complain about the president's language, other legislators are actually trying to get stuff done and help calm Americans' fears.  Thankfully, and I can't believe I'm saying this, but thankfully House Speaker Nancy Pelosi is showing some kind of leadership and having multiple, what sound like productive conversations with the administration over the House's emergency relief bill. On Thursday she spoke with Treasury Secretary Steven Mnuchin over half a dozen times, telling press that none of the Republican requests were unreasonable. GOP Minority Leader Kevin McCarthy also sounded hopeful that Congress could agree on bipartisan legislation within the next 24 hours. Pelosi said they didn't even need that much time. The two sides are still in negotiations.

The number of confirmed coronavirus cases in the U.S. crossed 1,600 on Friday. Trump recently signed an $8 billion package intended to combat the coronavirus, and his new travel ban from Europe goes into effect at midnight.