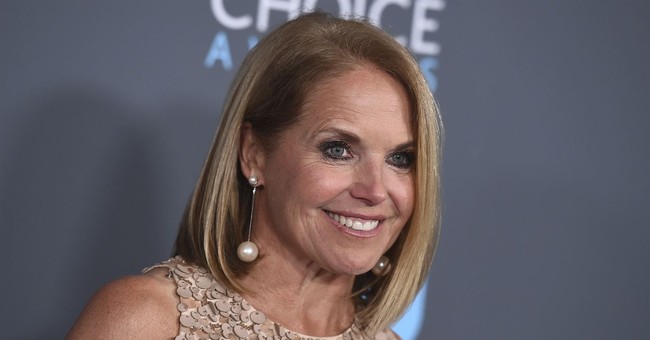 Former "TODAY" co-anchor Katie Couric unintentionally worried her fans into a frenzy this week. One of her friends, Rick Cotton, the executive director of the Port Authority for New York and New Jersey, tested positive for coronavirus. In his announcement, New York Gov. Andrew Cuomo suggested that Cotton may have contracted the disease during his work at the John F. Kennedy International Airport. Upon reading the news, Couric tweeted out her well wishes for her old friend, adding that she "just saw him on Saturday."

Rick Cotton is an old friend of mine. In fact I just saw him on Saturday for the first time in a long time. Feel better Rick. via @NYTimes https://t.co/zaswaDakOA

As Couric explained to the New York Times, she just happened to run into Cotton on the street and they had a very brief encounter. But her followers may not have read that part, and responded to her tweet with very similar messages:

Realizing the panic she'd caused, Couric logged back into Twitter and assured her followers she had only limited contact with Cotton and there was little to no risk of her contracting the disease herself, or spreading it to others.

THREAD: OK people - thank you for your concern!! I have a few updates: So far I've talked to someone from @WHO who referred me to the @HealthNYGov which told me that it was not necessary to self-quarantine. This was also confirmed by my primary care physician.

My interaction was a 90-second conversation with an asymptomatic person and involved no physical contact. I am now quadruple checking with the @CDCgov. But overall, the people I spoke to said to continue using common sense and good hygiene practices...

..and if I start having symptoms or not feeling well I should go to my primary care doctor immediately. Hopefully, this is helpful for anyone who deals with this in the future + I will keep you guys updated as soon as I have more info!

The coronavirus outbreak that began in Wuhan, China has spread to several countries throughout Europe, most notably Italy with over 10,000 cases, and here in the U.S. The Trump administration has urged Americans not to panic. President Trump designated a coronavirus task force, led by Vice President Mike Pence, that is working to combat the disease and keep Americans informed. Trump also recently signed a bill that provides nearly $8 billion to federal, state and local agencies to contain the virus, and enforced several travel bans and quarantines.

The coronavirus task force is expected to provide an update at a press conference Wednesday afternoon.