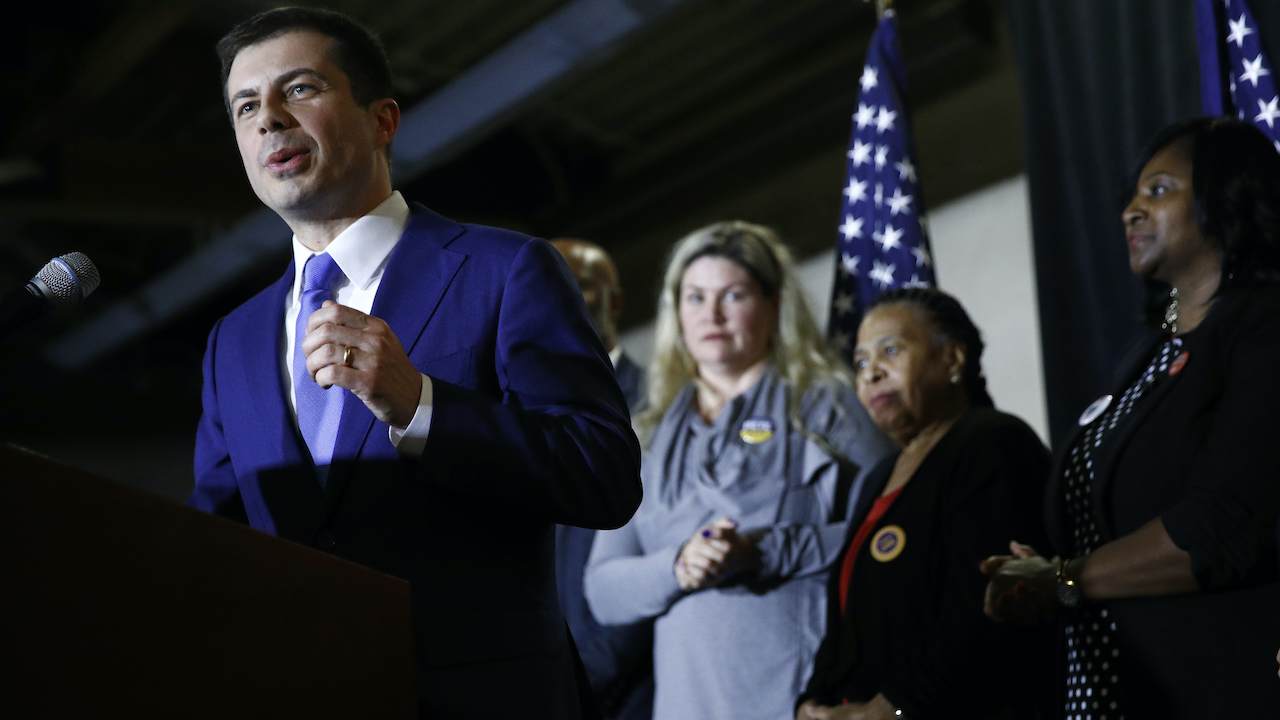 At his recent town hall in Arlington, VA, former South Bend Mayor Pete Buttigieg previewed what a debate between him and President Trump would look like if he wins the Democratic nomination this summer. One of the things he plans to bring up as a way to contrast his leadership to Trump's is his military service. He is an Iraq War veteran, with most of his time in Afghanistan spent serving as an intelligence officer in the Navy.

"If this president keeps beating his chest and throwing himself military parades, maybe the time has come for a war veteran to stand next to him and educate him on how pardoning war criminals is not the act of a patriot!" Buttigieg declared, followed by the roar of the crowd.

Trump pardoned Navy SEAL platoon leader Eddie Gallagher last November. The chief petty officer was accused of posing with the dead body of a teenage Islamic State captive he had apparently killed with a knife. He was acquitted of murder at his court martial but demoted in rank. Trump's pardon restored his title. Soon after, the president also pardoned Major Golsteyn and Lieutenant Lorance, also accused of murder. Critics were outraged that Trump gave the men clemency.

Yet, some voters couldn't help but notice Buttigieg had exposed himself as a hypocrite.

"So pardoning Chelsea manning was okay???," KC Cass wrote on Facebook during the live broadcast.

"Tell that to Obama who pardoned the American deserter in Afghanistan," agreed Helen Leonte.

Chelsea Manning, previously Bradley Manning, was an Army Private First Class who leaked military secrets to WikiLeaks in 2010. He was acquitted of aiding the enemy but convicted on several other counts, including the violation of the Espionage Act. He was facing over three decades in prison, but in one of his last actions as president, Obama pardoned Manning.

Similarly, Army Sgt. Bowe Bergdahl deserted his post in Afghanistan in 2009 and was held captive by the Taliban until 2014. He had pleaded guilty to desertion and misbehavior. Americans didn't have much sympathy for the deserter, but Obama eventually agreed to a prisoner swap: Five Taliban fighters for the return of Bergdahl.

Buttigieg didn't bring up either of those cases at his Sunday rally.

Voters should have already started to question Buttigieg's foreign policy prowess after his debate in Manchester, NH, earlier this month. One of the questions the moderators asked the candidates was if they would have followed Trump's lead and given the green light to kill Iranian terror leader Qassem Soleimani. Soleimani orchestrated deadly attacks on U.S. troops and, according to U.S. intelligence, was planning more. Trump ordered the airstrike that killed Soleimani in January, but Buttigieg said he would not have given the same order.

When I asked his campaign about his answer and the controversy it caused on social media, they made my head dizzy with their spin. One of the surrogates, Maryland lawmaker Anthony Brown, tried to suggest that Trump had done more harm to our soldiers than the terrorist.

I, for one, would love to hear Trump challenge Buttigieg on that take.